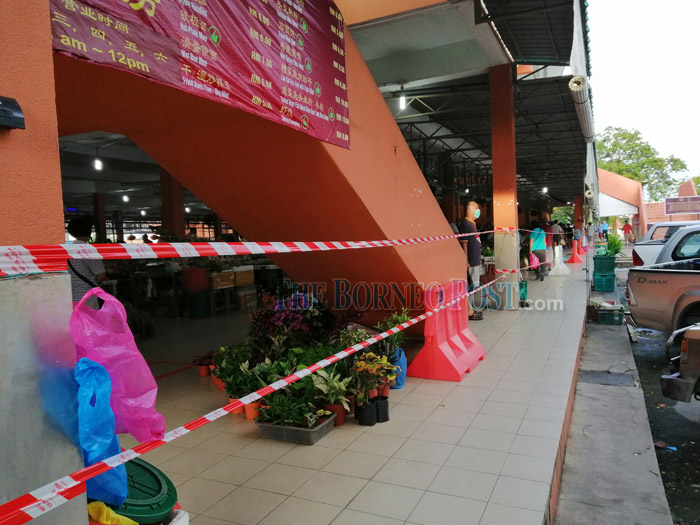 These tapes indicate the ‘no-entry’ sections around Krokop 10 Market. 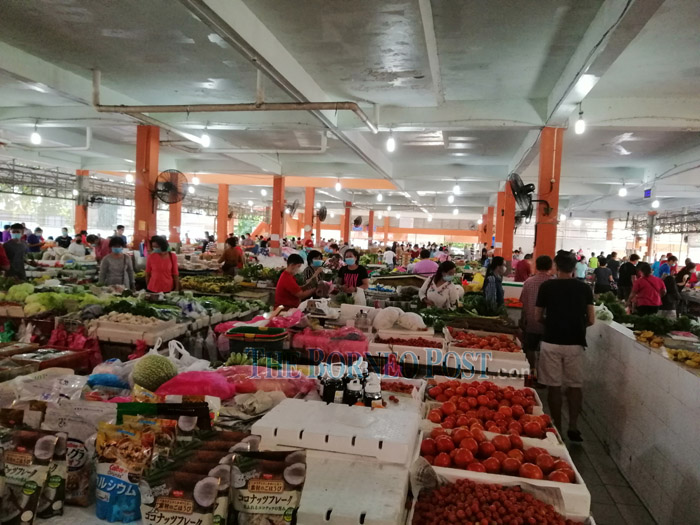 It is business as usual at Krokop 10 Market in Miri, although with a smaller crowd.

MIRI: The traffic movements within and around Krokop 10 Market here appear to be in better control now, following the reinforcement of the standard operating procedure (SOP) by the Miri City Council (MCC) last week.

During an observation by The Borneo Post early yesterday, there was less traffic congestion at the parking zone than during the times before the Covid-19 pandemic.

The entry-exit points around the market had been marked with tape, guiding visitors to follow the correct lanes going in and out of the market, and also for them to observe the proper physical distancing.

However, there were still some ‘glitches’ – a senior citizen, who only identified himself as Uncle Lau, was struggling to scan the MySejahtera QR code using his smartphone.

He could only enter the market after the reporter guided him on the correct way to scan the code.

“I’m not used to this new system. Even though I have a smartphone, I prefer the manual way – writing down my name and phone number on the registry book.

“Nonetheless, I guess all of us have to learn the new way eventually, and I do agree that this (using My Sejahtera app) is more convenient,” he said.

Uncle Lau believed that for those like him, a simple tutorial on the steps to use the MySejahtera app ‘would be good’.

“We, the senior citizens, are less tech-savvy than the young ones,” he smiled.

Another challenge was maintaining proper physical distancing among the traders and shoppers despite the lower crowd volume at Krokop 10 Market, which is among the largest and busiest markets here.

With stalls standing barely 1m from one another, the ideal physical distancing could only be achieved if there was only one person walking through this gap at one time, which was highly unlikely for Krokop 10 Market even with the current small number of crowds.

Last Wednesday, the divisional disaster management committee led by Transport Minister Datuk Lee Kim Shin conducted a series of inspections on some of the major ‘tamu’ (wild produce and farmers markets) and markets across the city. 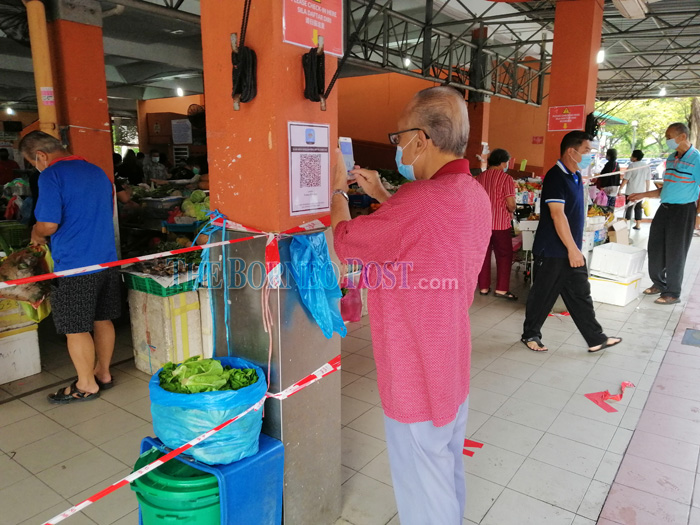 Uncle Lau attempts to scan the MySejahtera QR code at the entrance to the market.

As a regular at Krokop 10 market, I have always found the market to be orderly, with or without the SOP. I find the statement made by Borneo Post rather dramatic when there isn’t any drama. Or just looking for catchy headline to use.