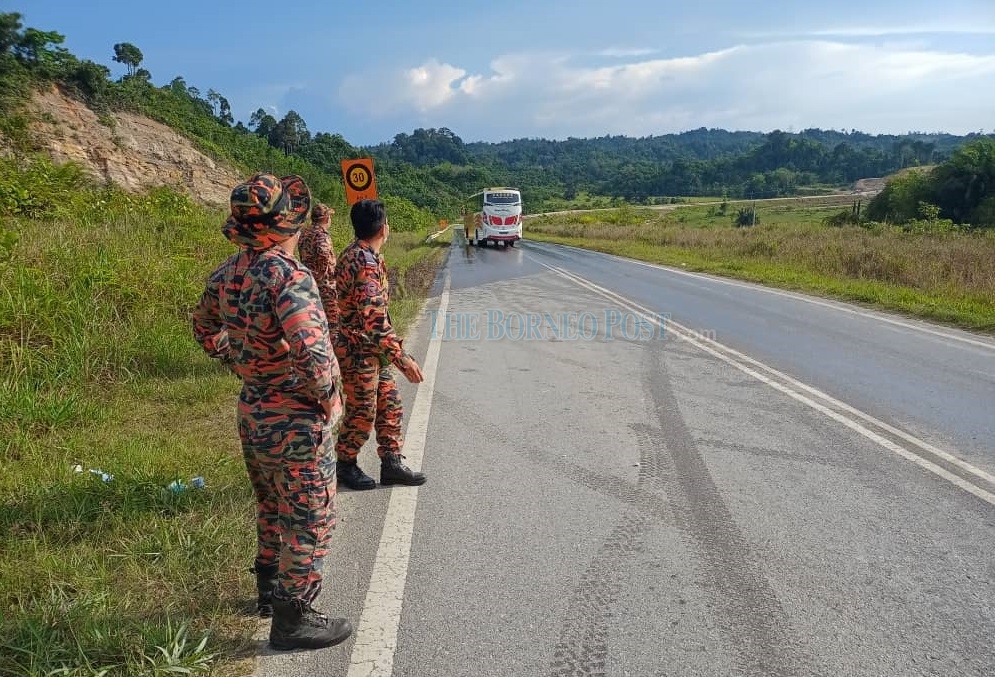 FIrefighters watch a bus going over the slick stretch of road on KM28 of the Pan Borneo Highway yesterday.

KUCHING (April 14): The Public Works Department has temporarily closed KM28 of the Pan Borneo Highway from Miri City due to an oil spill yesterday.

Advising road users to take alternative routes, it said in a statement that clean up works was being carried out after a tanker carrying palm oil spilled its contents.

“Road users can use the Coastal Road as an alternative route to enter or exit Miri City,” it said.

The department will inform the public when the road is reopened after the clean up is completed.

Yesterday, Lopeng Fire Station chief Terry Robson said the spill was caused by a collision between a vehicle and the tanker transporting palm oil.

He said the incident left both lanes covered in spilt oil over a length of about 300 metres, posing danger to motorists.