The grandson of deceased North Korean dictator Kim Jong-il supports a unified Korea and hope for world peace, the teen said in an interview with former United Nations under-secretary general Elisabeth Rehn, which was aired on a Finnish television station. 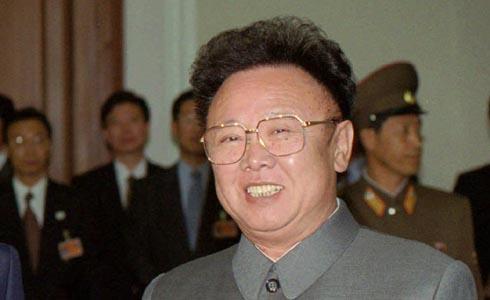 Kim Han-sol, a 17-year-old who is attending an international university in Mostar, Bosnia and Herzegovina, tells Rehn, in nearly perfect English, that he was born in North Korea, but moved to Macau, China, when he was very young and that he never met his grandfather, even though he wanted to.

That was actually one thing that I wanted to do before he passed away. I was really curious myself, Han-sol says.

Han-sol says he hasnt met his uncle, current North Korean leader Kim Jong-un, either. Han-sol is the son of Kim Jong-nam, Kim Jong-ils eldest son, who fell out of favour with his father, leading the former dictator to appoint his youngest son as the next leader instead.

Han-sol says both his mother and his father taught him to think for himself and to be thankful for what he has in life. His upbringing has allowed him to make South Korean friends, he says.

We shared stories from back home and realized how similar we are, he says. Same language, same culture. Its just political issues that divide the nation in half and now, today, I have really close friends and we travel together, and its such a wonderful feeling.

Han-sol says he dreams of going back to North Korea after school to make a difference and to make life easier for people there.

I also dream of unification because its really sad that I cant go to the other side and see my friends over there, he says. Its a really sad story because my friends would say, like, it would be really great to just take a bus or something, just to South Korea or North Korea, and meet each other at some point, but thats one of the dreams.