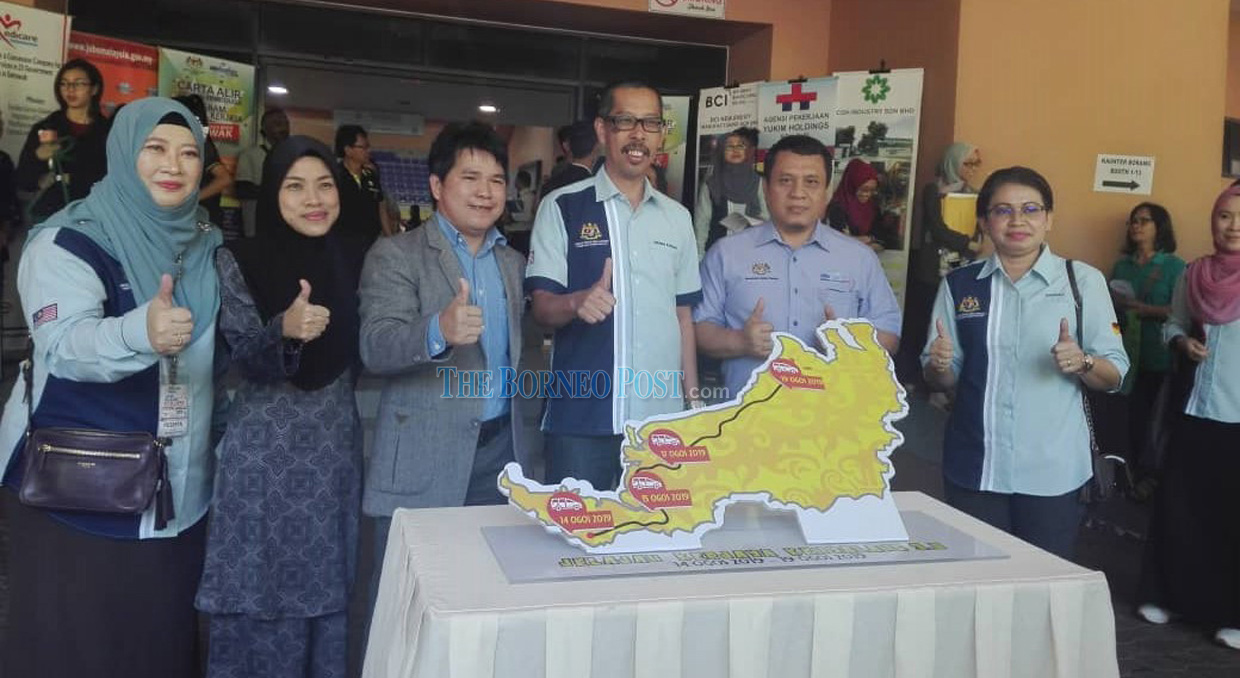 Awang Raduan (fourth left) and Ezra on his right join others in a photo-call at the career carnival at Miri Indoor Stadium.

MIRI: The 3.0 Kenyalang Career Roadshow 2019 recorded a total of 532 applicants who aced their job interviews during the Kota Samarahan, Betong and Sibu leg of the programme.

According to Labour Department Sarawak director Awang Raduan Awang Omar, the career carnival would be running until this Aug 20 (today) and apart from the three divisions, it is also covering Miri.

“Based on the statistics received from the last three programmes, 532 job-seekers were successful in their interviews conducted during the carnival.

“From the total figure, Samarahan recorded the highest number with 307 successful applicants, followed by Sibu with 176, and Betong with 86,” he told reporters when met during this division’s leg of the carnival at the indoor stadium here yesterday.

Awang Raduan said based on the applications, administrative-type jobs seemed to be in high demand among the applicants.

“This programme (carnival) is actually open to anyone, regardless of education background – individuals with disabilities (OKU) are also encouraged to come and take part in the open job interviews, conducted on the spot throughout the carnival.”

For the Miri leg, the carnival hosts 20 private companies that offer a total of 2,028 job vacancies, the majority of which is under the non-graduate category.

Only 71 vacancies such as lecturers, health and safety officers, executive engineers, legal advisors and company managers are slated for graduates.

Besides open interviews, the carnival also holds various activities such as online registration for job-seekers via JobsMalaysia, career talks and consultation services provided by the Labour Department.