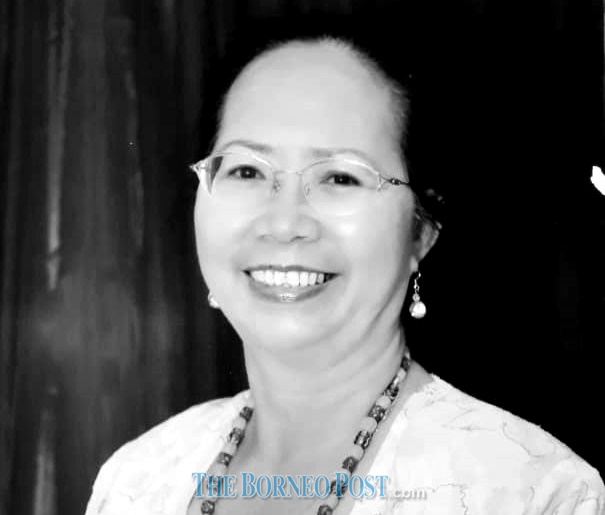 “Her contribution to the Kelabit community spanning decades of service was immeasurable and we can’t thank her enough,” said Rurum Kelabit Sarawak president Dato Dr Philip Raja in his Facebook post.

Dr Philip pointed out her service to education, welfare and her organisational skills in Pesta Nukenen and active service to Rurum spanning 36 years.

Referring to her Kelabit name and status, he said Sinah Raben, 68, was intelligent with many Kelabit attributes of caring for others , well-mannered with good organizational skills.

“She had given much more than she received on this earth but we are comforted by the Bible which tells us that it is much more blessed to give than to receive,” he added.

Born into a farming family in Bario, spunky Lucy left home at the age of six walked four hours to her boarding school before going to Marudi for her secondary education and later graduating with flying colours from Universiti Malaya.

She eventually became an educator and decided to head back to help her community at Bario in 1997. She retired as a much respected secondary school principal of SMK Bario and was loved by the teaching fraternity, students and communities she had also served in Kuching and Baram .

Dr Philip said she passed away early yesterday morning at Miri hospital after a year-long battle with pancreatic cancer.

Funeral arrangement has been modified in accordance with guidelines from SDMC with only a maximum gathering of five persons allowed.

Her body will be brought to RevSoloman @ MunedTepun’s residence in Pujut 3 today with various virtual arrangements to be announced by her family.