Kedayan community appeals for historical Muslim cemetery to be gazetted 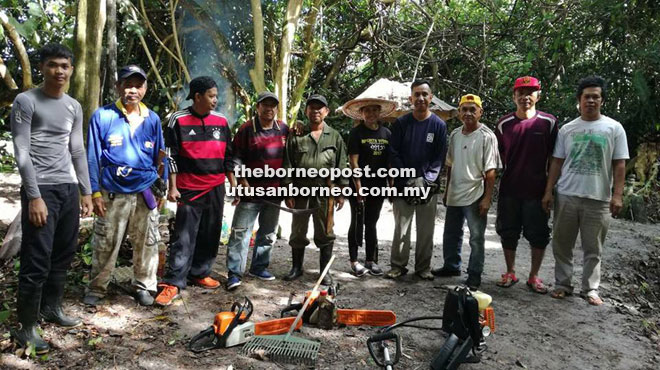 Members of the Kedayan community who participated in a gotong-royong at the Muslim cemetery atop of Tanjung Lobang on Sunday. 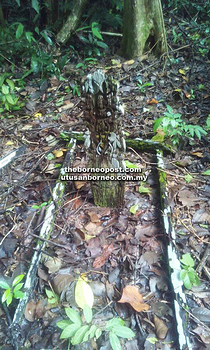 One of the few carved belian tombstones (batu nisan) found at the cemetery.

MIRI: The Kedayan community here is appealing for the government to gazette the historical Muslim burial ground located behind ‘Rumah Kerajaan’ atop Tanjung Lobang.

Miri Kedayan Association assistant secretary Abu Bakar Kalong said the cemetery has been in existence before the Japanese occupation of Sarawak, even as early as the 1800s.

“We want the government to gazette the Muslim cemetery for fear the area will be used for development, as rapid development is taking place atop Tanjung Lobang,” he said yesterday.

Abu Bakar also disclosed that locals who resisted the Japanese occupation were killed and buried at the cemetery.

“This is actually an historical burial ground for those early residents in Luak who fought against the Japanese invaders in Miri.”

He said the association will follow up the issue with a written letter to the Sarawak Islamic Council and Land and Survey Department here, as well as local assemblymen, to seek support for the burial ground to be gazetted.