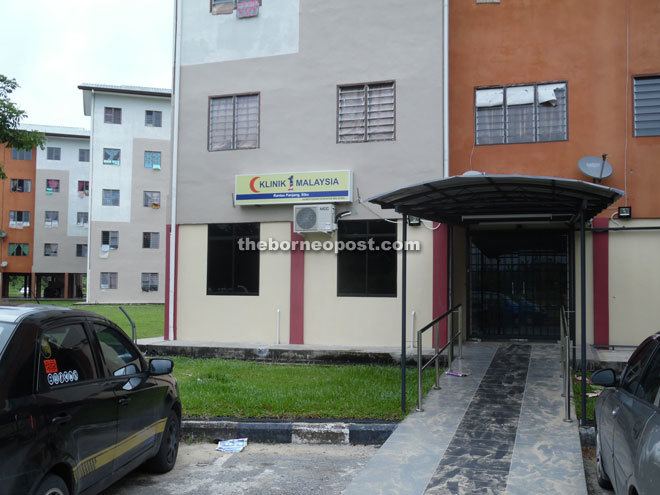 SIBU: The 1Malaysia Clinic (K1M) located at Rantau Panjang near here is ready and may be operational within a week’s time.

“We may officially start (operation) within a week,” Dr Zulkifli told The Borneo Post when asked if Rantau Panjang’s K1M has opened its door to the public.

According to Dr Zulkifli, the K1M in Rantau Panjang is manned by a doctor, and assisted by medical assistants and nurses like other K1Ms.

The new K1M will save the travelling time for those seeking minor medical attention as the nearest K1M from Rantau Panjang is in Teku, located some distance away.

There are currently 34 K1Ms across the state, inclusive of the two new K1Ms set up this year at UTC Sibu and UTC Miri.

Since starting operation on March 21, some 1,000 people have sought treatment at the K1M in UTC Sibu, housed at Sibu Central Market.

The number of patients seeking medical services at K1M UTC Sibu is expected to increase daily.

It is manned by two doctors, three medical assistants and four nurses working on shifts.

K1M UTC Sibu opens daily from 8am till 9pm, except public holidays, and it also houses a dental clinic.

Last Friday, Deputy Prime Minister Datuk Seri Dr Ahmad Zahid Hamidi officially launched the UTC Sibu, the 14th in the country and the third in Sarawak after Kuching and Miri.

The one-stop facility occupies an area of 91,432 square feet and houses 14 government and private agencies.