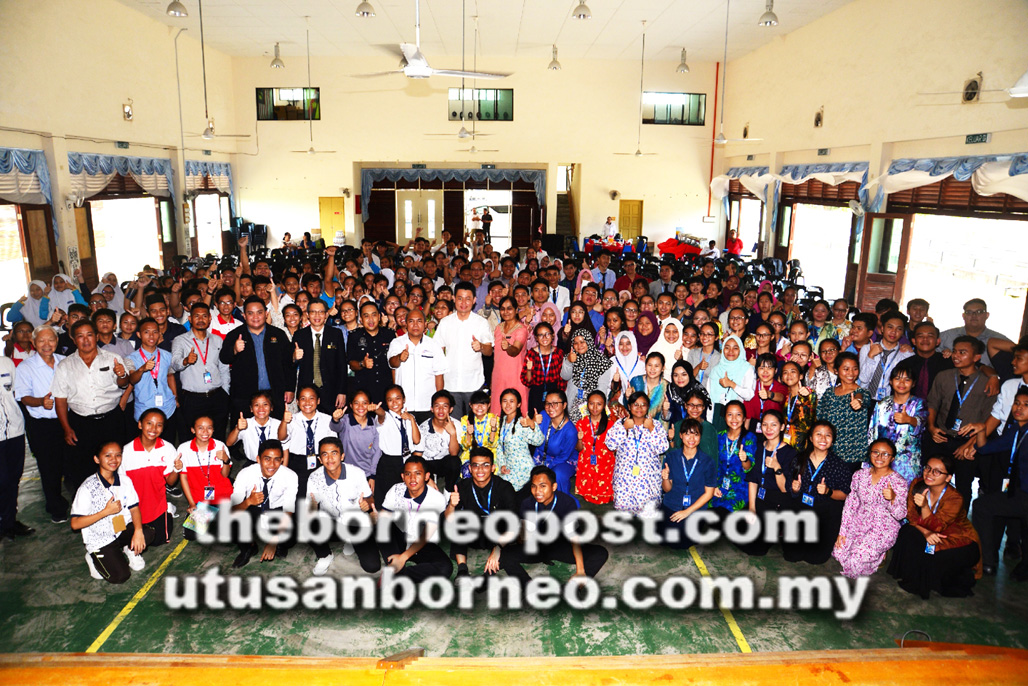 Ling (standing front, centre) and others in a group photo after the briefing yesterday.

MIRI: The relevant authorities need to work together to address the issue of drug abuse among secondary school students in Sarawak before the situation worsens, says Senator Alan Ling.

According to him, the state had recorded the highest number of secondary school students testing positive for drugs as of October 2018 – 301 students from 191 schools in Kuching, Samarahan, Sri Aman, Sibu, Bintulu and Miri.

“Most of these students tested positive for methamphetamine (Syabu), and this is very worrying because it involves adolescents under the age of 18.

“These students will continue to be monitored and given counselling from time to time by trained teachers, in addition to undergoing urine tests by the National Anti-Drug Agency (AADK) until they are totally free from drug abuse,” he said during the state-level civic briefing organised by the Information Department at Tun Datu Tuanku Haji Bujang College (KTDTHB), here yesterday.

Ling added that while AADK will continue to carry out screenings in identified schools to tackle the drug menace, parents must do their part as well by keeping track of their children’s movements and activities.

“This briefing demonstrates the proactive effort of government departments and agencies, especially the front-liners such as the Royal Malaysia Police, Health Department and AADK, and also gives students the opportunity to express their concerns directly to the related parties.”

Among the topics discussed yesterday were ‘Leptospirosis and Rabies’ by Dr Maurice Steve Utap and Matteus Aloysius from Miri Health Office; ‘Drug Abuse Among Students’ by Mazlan Jikran from AADK Miri; and ‘Cyber Crime’ by Inspector Mohd Razin Meslan.