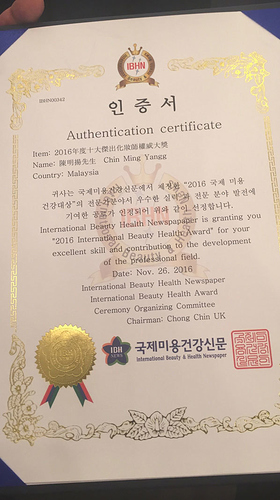 The award presented to Johnny Chin.

Chin is planning to return to his hometown Miri to set up a professional make-up academy, conducting a professional diploma programme on the latest trend and technique in beauty and makeup.

He said students are taught according to the curriculum before sitting for the Malaysian Skill Certificate and International Licence Certification which is required to find employment.