Investigating officers may be placed at rural stations 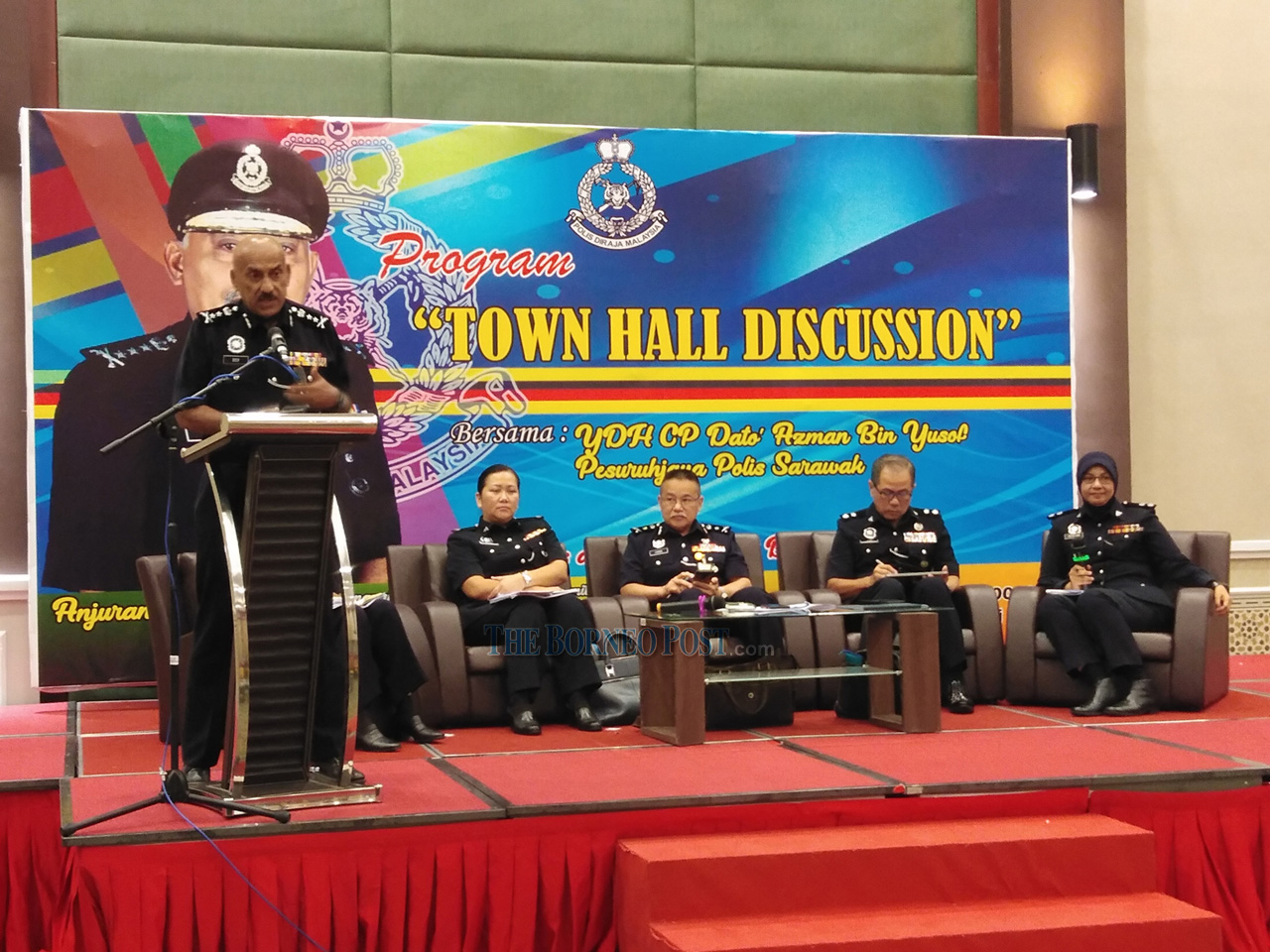 Dev Kumar delivers his speech during the Town Hall Discussion.

MIRI: The police will look into the possibility of stationing investigating officers (IO) at rural police stations, including on the outskirts of cities.

Sarawak deputy police commissioner Datuk Dev Kumar said there is a need to review how the police can provide better service, especially in rural areas.

“Maybe we need IO at places like Bario. Marudi police station covers Bario and it takes 16 hours to get to Bario and vice versa by land.

“Complainants who lodge reports at Bario need to go to Marudi to get their statements recorded and the IO too needs to go through the long 16-hour drive to Bario to investigate the case,” he said in an interview after officiating at the Town Hall Discussion here yesterday.

Earlier during the discussion, Dev Kumar received questions from the floor on why officers took a long time to arrive at accident scenes, especially in Niah.

“We have a traffic police unit there, but maybe during the time the complaint was received, there were two or three accidents happening at the same time.

“In fact, we also have an IO specifically for Bekenu and Niah,” he said.

Other issues raised during the discussion were complaints alleging police officers did not take action after reports were lodged.

Dev Kumar called on the public to lodge complaints by providing details of the alleged incidents.

“I cannot comment right now, but if it is true, then we have to make changes. We need to investigate whether the complaint is true of not – I need to check first,” he said.

The programme – the first to be held in Sarawak – aimed to provide an avenue for the public and police to meet and discuss issues.