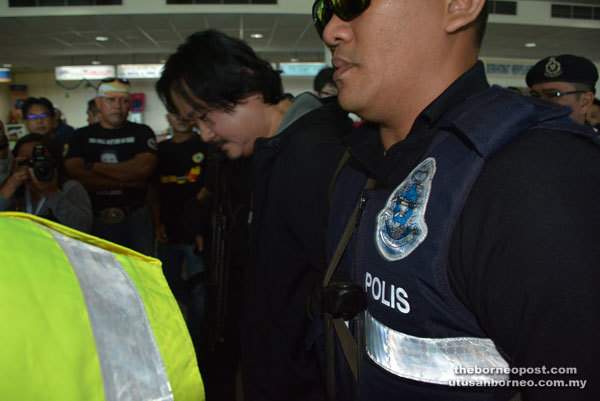 Lee being escorted by the police upon arrival at Miri Airport at about 11am yesterday.

MIRI: The arrest of Datuk Stephen Lee Chee Kiang, the alleged mastermind behind the murder of Parti Keadilan Rakyat (PKR) Miri secretary Bill Kayong at the Kuala Lumpur International Airport on Tuesday at 7.45pm was the culmination of collaboration between the Malaysian police and the police in China in tracking him down.

Lee was initially arrested by the Ministry of Public Security in Putian Fujian Province on Dec 12, which had earlier informed the Malaysian police of Lee’s presence there.

In a short interview with reporters upon arrival with the suspect at Miri Airport at about 11am yesterday, state CID chief Datuk Dev Kumar said he and two officers including an officer from Interpol had gone to China on Dec 8.

“We had received information that the subject had flown to Xiamen, China from Melbourne on July 18 and since then we had been hunting for him with the help from China police.”

The suspect had flown to Melbourne from Singapore on June 23 – two days after the shooting took place in Miri.

When he was arrested by the Chinese police on Dec 12, Lee had been on the run for 172 days while the special task force set up to nab him worked tirelessly with Australian police and later with police in China to trace his whereabout.

“We waited for five days in China to bring him back to Malaysia as we were waiting for our counterparts in China to complete the deportation papers,” Dev Kumar added.

Dev Kumar also pointed out that the suspect had been in China illegally after his passport was revoked by the Malaysian Immigration Department. 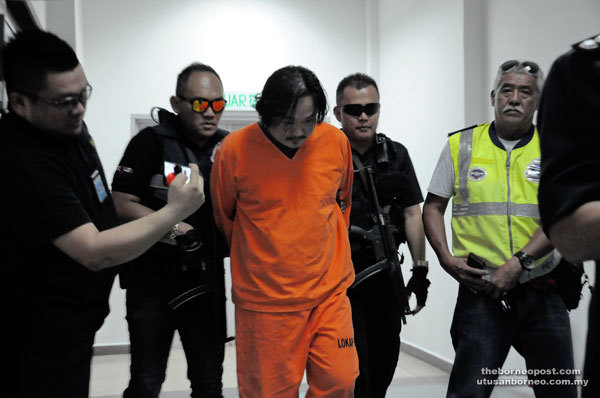 Lee being escorted to Miri Court to face charges against him.

When asked about the whereabouts of the last suspect Kong Sien Ming, 35, Dev said the police are still hunting for him.

“He (Lee) is the main suspect that we have been looking for, but efforts to locate Kong are underway,” he stressed.

Bill, who was a land activist and a PKR candidate for Bekenu seat in the last state election was gunned down in a broad daylight shooting at about 8.20am at a traffic light intersection near E-Mart Supermarket in Jalan Kuala Baram Bypass on June 21.

A special task force headed by Dev was set up on June 22 with CID police from Bukit Aman coming in to help with the investigation.