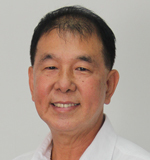 MIRI: The state government has made the decision to approve the visa of tourists from the People’s Republic of China (PRC) upon their arrival at any immigration entry points in Sarawak from December onwards.

Piasau assemblyman Datuk Sebastian Ting shared this with the media after attending a press conference on the filming of traditional delicacies in Miri for a television magazine based programme at Meritz Hotel today (Oct 24).

Ting, who is also SUPP secretary-general said Deputy Chief Minister Datuk Amar Abang Johari Tun Openg told him about the decision during their discussions at Miri Marriott Resort and Spa (MRSS) this morning.

Also present during the discussion was Assistant Minister of Tourism Datuk Lee Kim Shin, who is also Senadin assemblyman.

Abang Jo was in Miri today to officiate the Laying of Foundation Stone for the construction of As-Siddiq Surau Project at Senadin.

“Datuk Amar Abang Johari Tun Openg, who is also Tourism Minister, told me that he had already announced the matter during a function at Bekenu on Sunday night. Thus, he wanted me to share this good news with the people in Miri, in particular to tourism related industry operators.

“He (Abang Jo) said according to the state cabinet decision, the visa of the tourists coming from China will be approved upon their arrival in Sarawak.”

As state immigration falls under the purview of the state government, thus it is also the state’s right to issue visa approval to visitors.

He gave his total support to the decision, which he opined would help boost the state tourism industry and to encourage more PRC tourists to visit Sarawak.