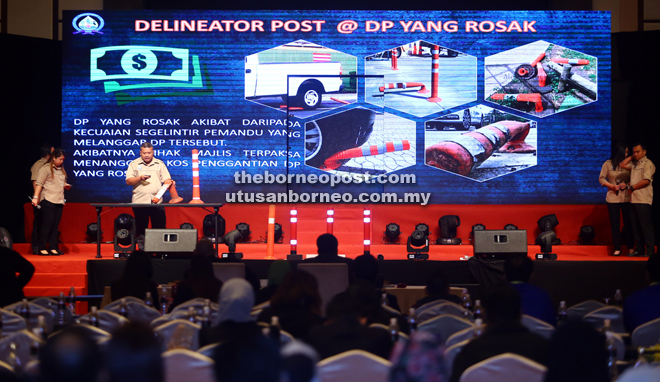 KUCHING: The state government is inculcating the culture of innovation among civil servants to enhance the service delivery system.

Civil servants are exposed to more approaches on creative elements and innovation in almost every segment of their respective organisation by way of the innovation week which is held yearly.

Among the objectives of the innovation week is to create awareness on the importance of creative and innovative thinking among civil servants in the service industry, sharing of ideas and experience and product promotion as part of the State Civil Service 2010-2020 Action Plan.

This year, the state-level Innovative and Creative (KIK) convention which carries the theme ‘Innovation: Catalysts for Excellence’ is held at Imperial Hotel from Oct 17 to 21.

Yesterday, the top 20 teams from across Sarawak started the presentation of their innovations in the Management category (eight teams), Technical category (nine teams) and Hybrid category (three teams – made up of more than two organisations).

The objectives of the KIK convention is to provide recognition to the participating teams as well as provide them with a platform to showcase their innovations.

A total of 82 teams from Sarawak showcased their innovations during the preliminaries at the district-level this year.

Meanwhile, the closing and prize-giving ceremony will be held on Oct 21 and is expected to be officiated at by Chief Minister Datuk Patinggi Tan Sri Adenan Satem and State Secretary Tan Sri Datuk Amar Morshidi Ghani.

Prizes include the coveted Chief Minister’s Trophy and cash prizes of RM5,000 to be presented to the best teams from each category.