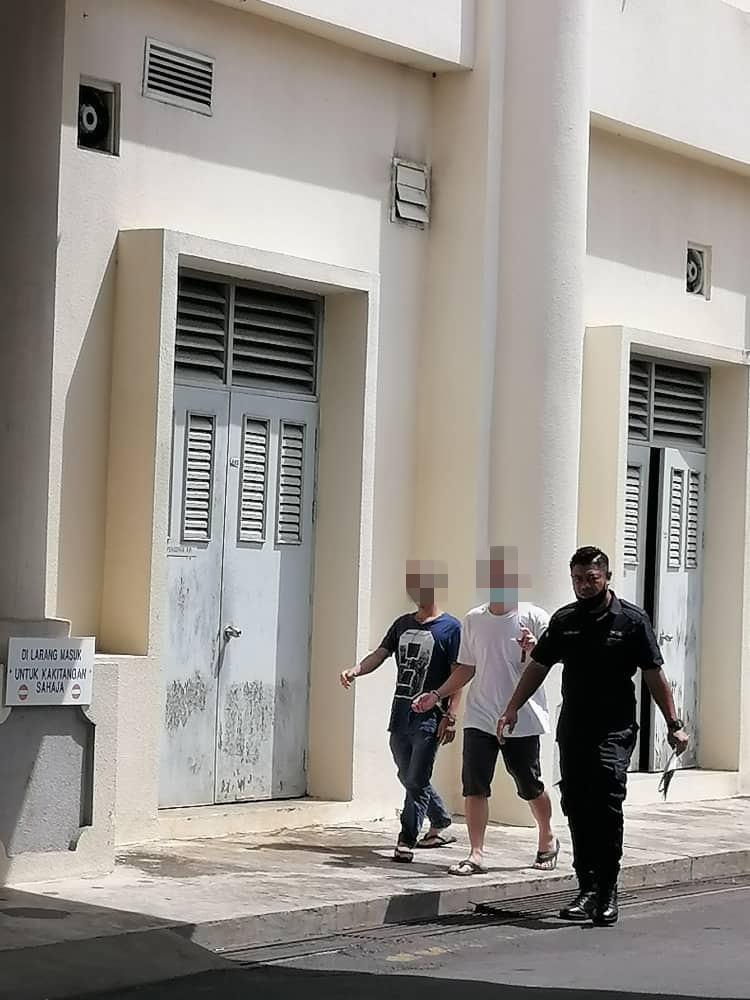 Kasim (left) is led from the High Court after sentencing.

MIRI (May 4): An Indonesian man was yesterday sentenced to 27 years in jail and four strokes of the cane for causing the death of a project assistant manager and injuring two other persons four years ago.

High Court Judge Dean Wayne Daly convicted Kasim Kattani, 30, from Tondong, Sulawesi on his own guilty plea to an alternative charge of culpable homicide not amounting to murder, as well as two charges of voluntarily causing hurt.

The judge ordered the jail sentences to run concurrently from the date of arrest on April 18, 2017.

In passing the sentence, Justice Dean said he took into account the accused’s guilty plea to all three charges which had saved the court’s time and cost, as well as the seriousness of the offence, public interest, and cooperation given by the accused in the case.

Kasim was charged with causing the death of Yusuf Sidani Sampe, 46, and injuring fellow countrymen Peri and Markurius Robin, by using a knife to stab all three men.

The offences were committed at around 8pm on April 15, 2017 at a canteen in Kampung Kayu Kapur, Bekenu.

According to the facts of the case, a policeman on duty received a phone call from the public who informed that a brawl had broken out by the roadside of Kampung Kayu Kapur, Bekenu.

Acting on the information, a team from Bekenu police station rushed to the scene and upon arriving there at around 8.40pm, found a man lying face down in a pool of blood believed to be dead.

Two other men were found injured on a table in a pile of wood in front of the canteen.

The body of the deceased was later taken to Miri Hospital for a post-mortem while the injured duo was sent to Bekenu Health Clinic.

Following his arrest, he led police to his house where a ‘badek’ (dagger) used in the incident was found and seized.

A shirt used by the accused during the incident was also seized.

An investigation found that the incident stemmed from a misunderstanding between Kasim and Peri and Markurius, after the wheels of their respective motorcycles came into contact with each other which resulted in dissatisfaction on both sides.

The accused then attacked Peri and Markurius using a badek he was carrying, before stabbing Yusuf in the chest using the same weapon.

The accused was previously charged with committing murder under Section 302 of the Penal Code.

After 16 witnesses were called to testify, appointed defence counsel Ranbir Singh proposed that the murder charge be reduced to Section 304(a) of the Penal Code, to which the accused pleaded guilty to last Friday.