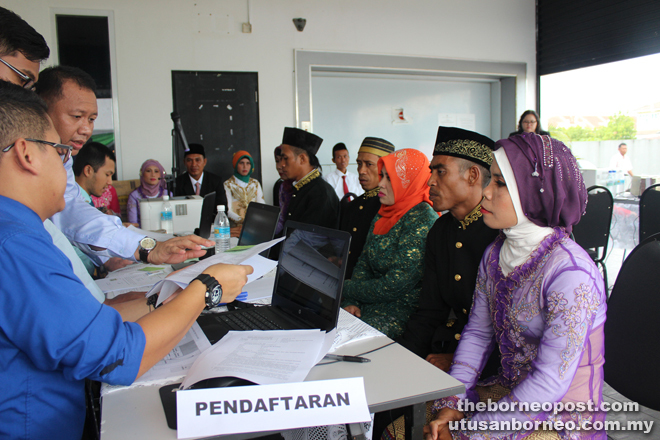 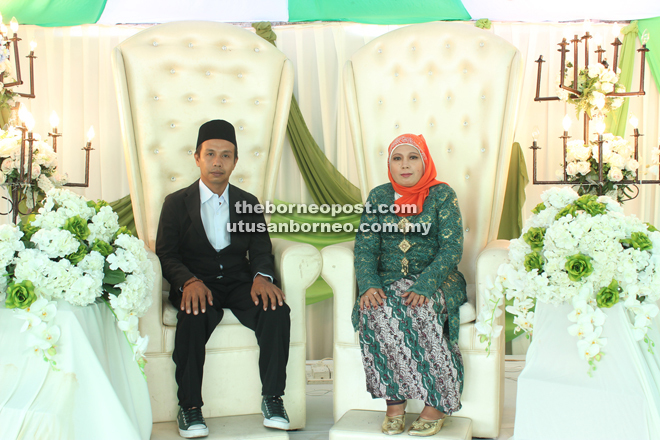 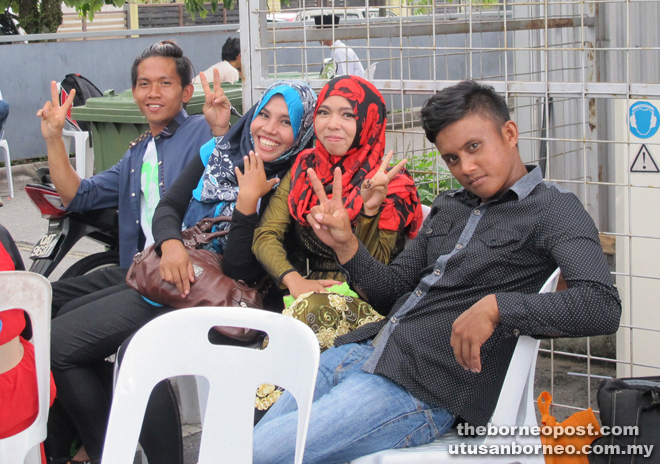 KUCHING: A total of 191 Indonesian couples working in Sarawak have registered with the Indonesian Consulate General here to be legally married.

The consulate has arranged for the mass wedding to take place from Sept 26-28.

Three judges from Indonesia have been flown in by the consulate to legalise the marriages.

The Consulate General’s Vice Consul (Socio-cultural Affairs) Marisa Febriana Wardani told The Borneo Post that as of yesterday, 26 couples, including those from Kuching, Miri, Sibu and Bintulu, had tied the knots in front of the three judges.

Apart from an outdoor tent with proper Muslim wedding set-up for the `bersanding’ ceremony, the consulate even got ready make-up artists and traditional wedding gowns and suits for the brides and bridegrooms.

Inside the consulate, a section of the building was turned into a reception area, complete with free flow of light refreshment.

“We have done this to legalise the marriages of these Indonesian couples who have become husbands and wives through the religious blessings of an uztaz, a process which we call ‘kahwin di bawah tangan’.

“The legalisation part is crucial because without marriage certificates, the children of these couples would not be able to apply for passports.

“Without marriage certificates, their children also cannot register for schools. That is why we have made all these arrangements for them,” said Marisa.

She said this was not the first time the consulate had such a thing in the state.

“This year, 191 couples have registered with us, but we are not sure how many will turn up.”

It has not been possible for the consulate to prepare for mass wedding annually because of the huge cost and the tough task of putting everything together.

“We do it when we can pull all resources together. For example, there are requests for us to do it and also there is a budget.”

She said since the Indonesian Consulate General in Kuching was the only premises that could legalise the marriages, all Indonesian couples who wished for their marriages to be legalised would have to travel from wherever they were working in the state to Kuching.

“So, we will have to get in touch with their employers … let them know that we have the mass marriage registration on-going. It takes three months to get all arrangements done.

“Some employers are co-operative and helpful. Not only they allow their workers to come to Kuching, they even provide bus service for them to reach the consulate. Of course, the couples themselves pay for the bus fare. Not all employers are so understanding, though.”

She said some employers even refused to pay the Indonesian workers their salaries.

“Last year, the consulate managed to negotiate with those employers who refused to pay what they owe our people who had been working for them. The amount we managed to get back from these employers came to RM395,767.”

“So far this year, the amount we managed to get back from these employers is RM392,061.”