Inaugural Mobile Legends tourney to see 200 gamers battle it out 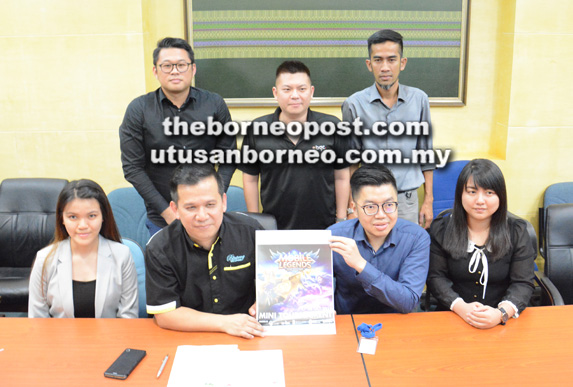 MIRI: A total of 200 participants will be competing in the first Mobile Legends mini tournament scheduled to take place at Bintang Megamall here, from Oct 27 to 28.

Tournament manager Kelvin Pang told the press yesterday that the tournament – to run from 10am to 9pm on both days – will be played out on mobile phones instead of computers.

“E-sports on computers is common, while mobile gaming is not as widely known.

“We are hoping that this tournament could attract more young participants and expose them to the competitive mobile gaming world,” said Pang, who is also the founder of Borneo Gaming Co.

Participants will be divided into 32 teams and will compete in the preliminary round on Saturday (Oct 27). Those who progress will meet in the final round the following day.

Meanwhile, Bintang Megamall event manager Allen Wong said the tournament is part of the mall’s ‘Bintang Carnival’, which takes place from Oct 25 to 28.

During the course of the four-day carnival, various events will be taking place at the mall for shoppers to enjoy themselves, he said.

“The highlight of the carnival is the launching ceremony of free WiFi at Bintang Megamall.

“Free WiFi no longer a utility provided by shopping malls, but an experience for users while spending time at one place.

“Thus, Bintang Megamall is offering a reliable, free WiFi that shoppers can use every minute and not worry about being disconnected from the internet,” he added.

The launching ceremony for the free WiFi service which be on Oct 28 at 1pm.