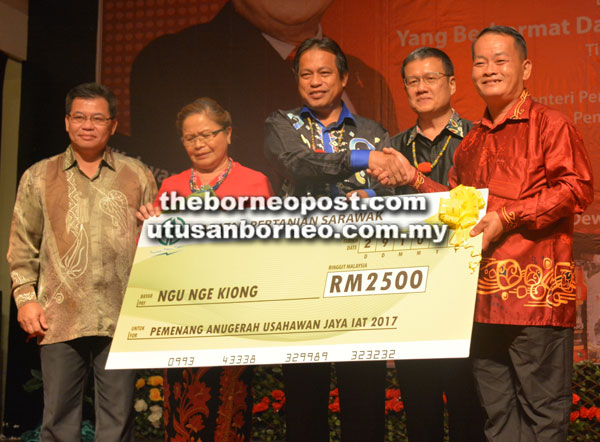 The 46-year-old is in the business of processing coffee seeds and tea powder based in Sarikei.

His income for the third quarter of this year has tripled over that recorded in 2007 – prior to receiving help from the department.

“My coffee seeds are imported from Brazil, but I get them from a seller in Peninsular Malaysia.

“The seeds are processed into coffee powder in the factory and after that, they are packaged and distributed to my customers,” he told reporters when met after the state-level IAT 2017 dinner here on Sunday.

Ngu, a father of five, stressed about quality in his coffee powder. On his market, he said his products – branded under ‘Ngu Brother’ – are distributed here and to Kuching, Sarikei, Bintangor, Miri, Bintulu as well as other smaller towns across the state.

Ngu, who established his trade in 1980, disclosed that he learned many business ‘tricks’ from his father. According to him, his factory produces nearly 200 bags of coffee powder monthly – each weighing about 60kg. Ngu received RM2,500 for winning the award.

The latter is engaged in a bakery business, selling items such as dry cakes and ‘keropok’ (crackers). 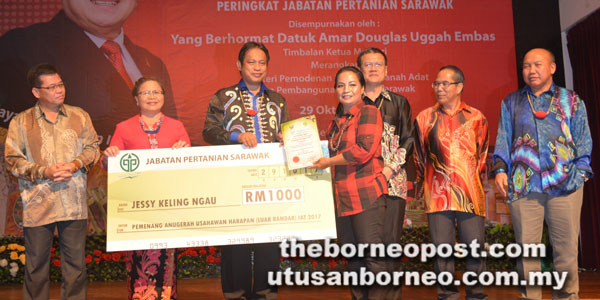 Dr Abdul Rahman (third left) hands over the prize to Jessy, witnessed by Chai (third right) and others.