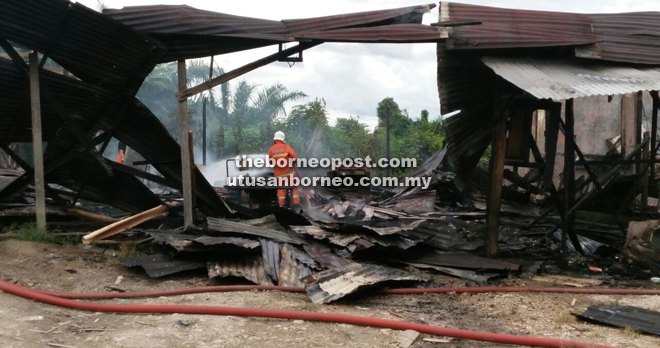 Firemen seen working at the scene.

MIRI: A husband and wife lost their house in Kampung Muhibbah, at Jalan Lapok, Bakong in a fire on Friday afternoon.

Six firemen in a fire engine were immediately dispatched to the scene located about 110km from Miri after Bomba received an alert on the incident around 1.30pm.

The fire had razed a nearby sawmill before spreading to the house.

The incident happened during Friday prayers.

It is learnt that the husband had gone to a nearby mosque for Friday prayers while his wife was at their food stall.

Both rushed home after being told that their house was on fire.

Loss to property and the cause of the fire have yet to be ascertained.