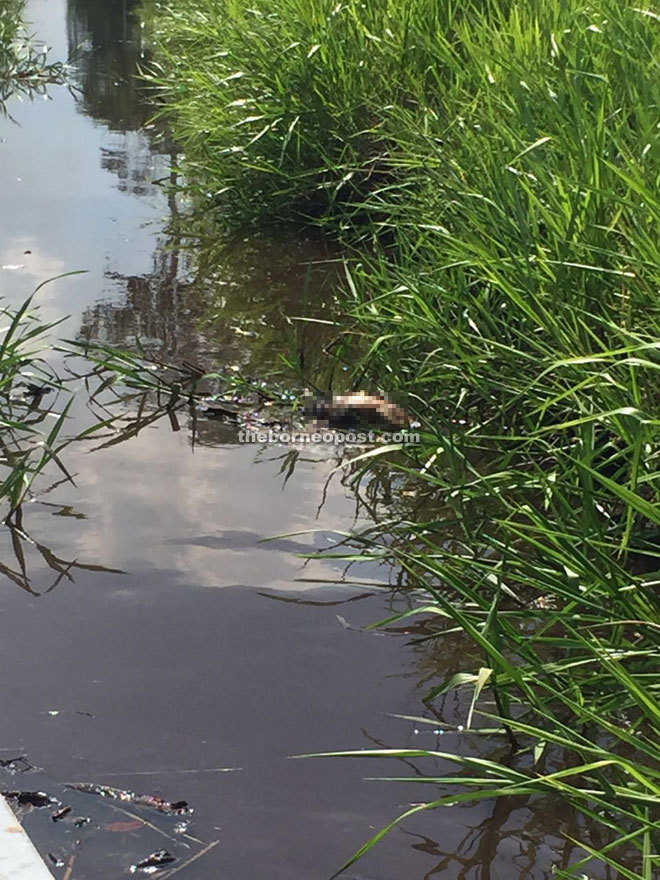 The head spotted floating on the river not far from the victim’s fishing spot. 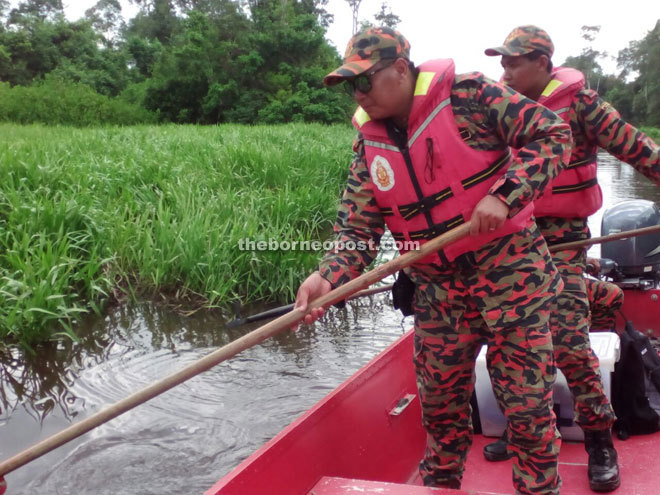 MIRI: Several body parts were found near the scene of a crocodile attack in Sungai Nakat, Bakong late Wednesday evening by a search and rescue (SAR) team.

The SAR team, joined by nearby villagers, discovered a severed head and left leg suspected to belong to 57-year-old Richard Shutine Tambi, who was reported missing by his son-in-law on Tuesday.

It is understood that following Richard’s failure to return home after he went fishing at Sungai Nakat, Bakong on the morning of March 27, a police report was lodged at Marudi police station.

Ever since the report was lodged, the SAR team comprising personnel from Marudi police, Fire and Rescue Department and the Civil Defence Department immediately conducted a search along the river for Richard.

DSP Gabriel Risut when contacted by The Borneo Post yesterday said the SAR team first found the severed human left leg around 12 km from Richard’s fishing spot, while the head was spotted floating on the river some 13 km away around 5.30pm on Wednesday.

“The body parts that we found have bite marks of a crocodile,” said Gabriel. It is learnt that the head has been sent to Miri Hospital for identification purpose and post mortem. Richard’s son-in-law, Rossni Kamis, has identified that the head was Richard’s.