Homeless, squatters taken off streets in Miri to be given temporary shelter during MCO 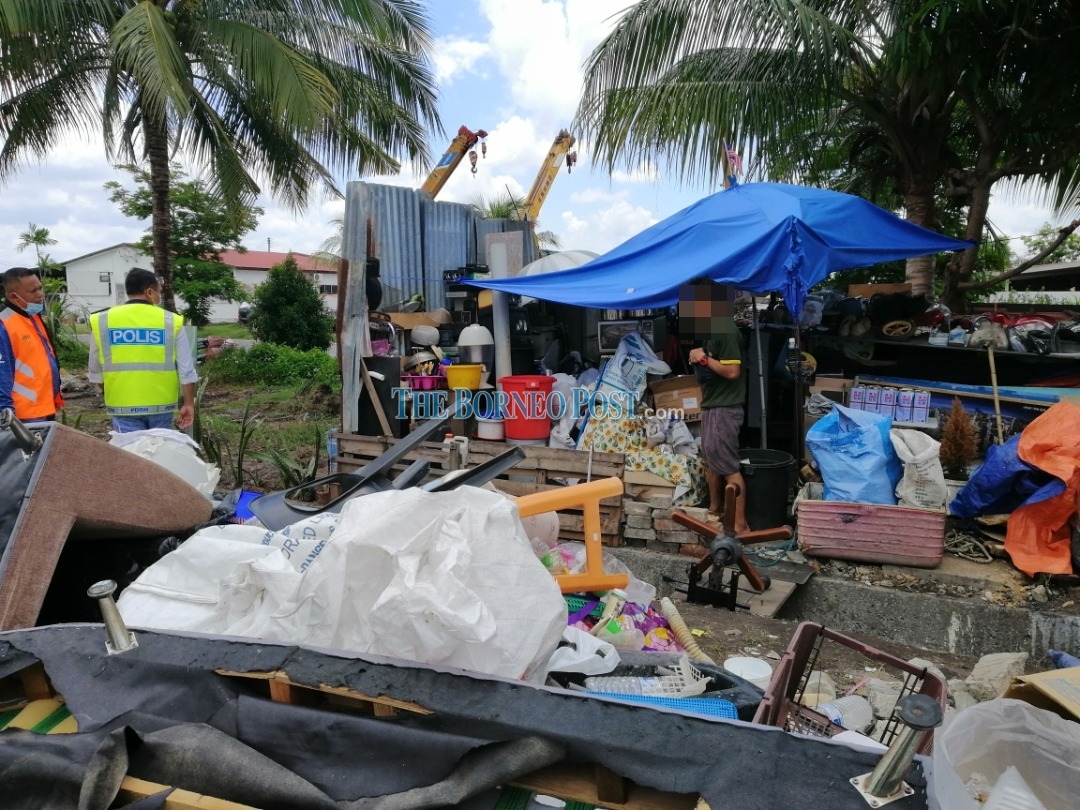 The authorities persuading a squatter who lives in a makeshift hut in Taman Tunku to come along with them to a proper facility.

MIRI: ‘Operation Save the Homeless’, conducted by the Welfare Department today came to the rescue of 35 homeless folks and squatters from the northern, central and southern part of Miri.

Welfare Department Miri officer Lau Ngee Wei told reporters that the main purpose of the operation was to keep the homeless from lingering around outside and to house them temporarily during the Movement Control Order (MCO) period.

“Initially, we have identified 14 homeless persons, while the others were identified and found based on information by the police gathered from their patrol team,” said Lau.

During the MCO, the Welfare Department will also investigate whether these individuals have any family members in Miri, said Lau.

Lau reiterated that the Welfare Department would look into finding a place for them to stay even after the MCO had ended.

“There isn’t an institution for these homeless, unlike Kuching. The arrangements for them to live at such an institution is based on a court order. So, if the court order is approved, we will arrange to send them to Kuching.”

For now, he added, they will keep them here at the Malaysian Red Crescent multipurpose hall which has been turned into a temporary shelter, ensuring that they are safe with proper food and shelter until the MCO is over.

“If the MCO is extended, we will extend their stay here. Analytically, though the homeless are those who are part of the exposed group, they are the group with the least possibility of contracting Covid-19 as they usually stay away from crowded places, and are often on their own,” said Lau.

For security purposes, Rela and volunteers will be working around the clock, on shift, monitoring them.

The operation which started at 10am, went smoothly, despite some individuals responding aggressively to the authorities.

Even so, police and JKM officers remain patient as they attempted to persuade the homeless to allow them to transport them to a safe place to stay.

Upon arriving at the centre, they underwent a health assessment, before undergoing mental and drug assessment tests.

“Those who turn aggressive or violent will be administered sedatives by medical personnel to calm them down,” said Lau.

Lau also expressed his appreciation to the different agencies who offered their cooperation as strategic partners to ensure the success of the operation.

The post Homeless, squatters taken off streets in Miri to be given temporary shelter during MCO appeared first on Borneo Post Online.