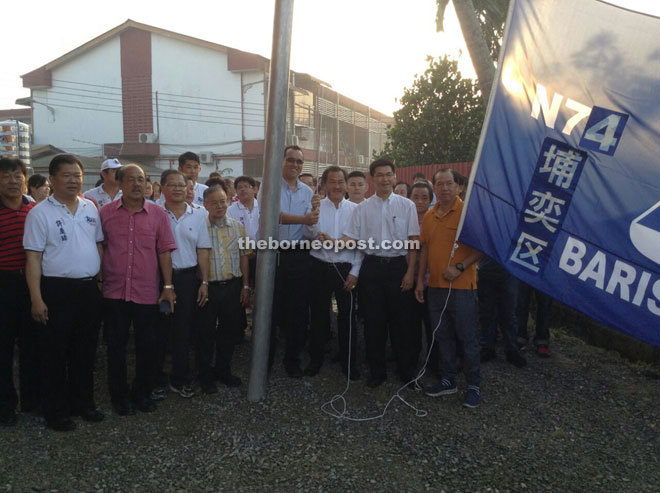 The operation room is at Setia Raja Road, near Taman Seroja.

Hii said voters in Miri were free to come to the operation room for election-related matters, such as to enquire about their polling stations.

Meanwhile, Hii said he would be busy till polling day as his itinerary was filled with walkabouts, dinners and meeting the electorate.

Pujut is expected to see at least a three-cornered fight between Hii, independent candidate Fong Pau Teck and PAS candidate Jofri Jaraiee. Fong won Pujut in the last state polls on a DAP ticket, but he is no longer with the DAP.

Booooooo! These people support BN’s corrupt and racist practices. They are traitors to all sarawakians. No f**king shame at all, these scums! CCB!