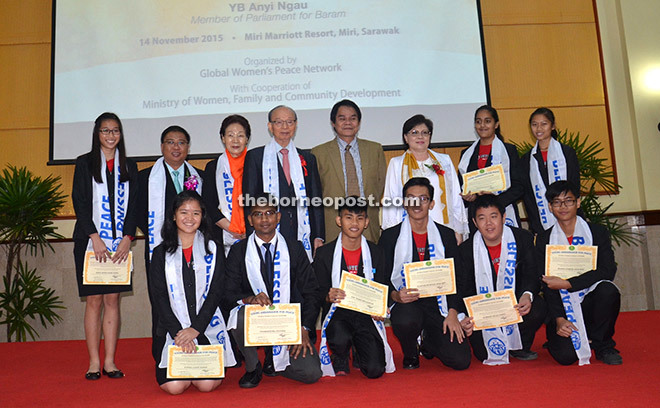 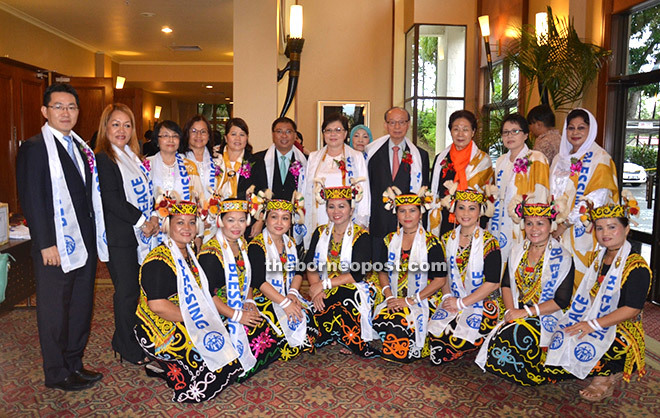 Doris (standing fifth right) flanked by Goh (left) and Yoo and others pose for a photo with Tingang Madang dancers.

Doris, who is the Global Women’s Peace Network’s (GWPN) Malaysia president, said this in her presidential remarks at the network’s eighth Peace Loving Convention in Miri yesterday, officiated by Baram MP Anyi Ngau.

According to her, the advancement of technology has exposed the world’s community to many challenges, including the painful reality of break-up in so many homes and families, breakdown of sexual ethics, as well as wars and conflicts in many countries.

“Wars and conflicts must be brought to an end. This not only includes physical wars and conflicts which are occurring in many parts of the world but emotional conflicts too. Humankind must be taught to love and appreciate one another regardless of race, colour and religion,” she stressed.

“The leadership needed today must have potency in people management and be humanitarian, have a genuine love for humankind and live not just for themselves but also for the benefit of others.

“The era of women’s leadership will be proven by its capacity to bring about sustainable peace,” she said.

Doris also disclosed that GWPN has appointed nine Youth Ambassadors for Peace – eight from SMK St Columba and one from Curtin University Sarawak.

Through them, the network hopes messages of peace can be spread rapidly among the younger generation.

The convention, which was themed ‘Nation Building Through Culture of Heart’ was attended by 250 women representatives from various strata of society and organised together with the Ministry of Women, Family and Community Development.

A similar convention will be held in Kuching next month and another one in Bukit Beruntong in Peninsular Malaysia.