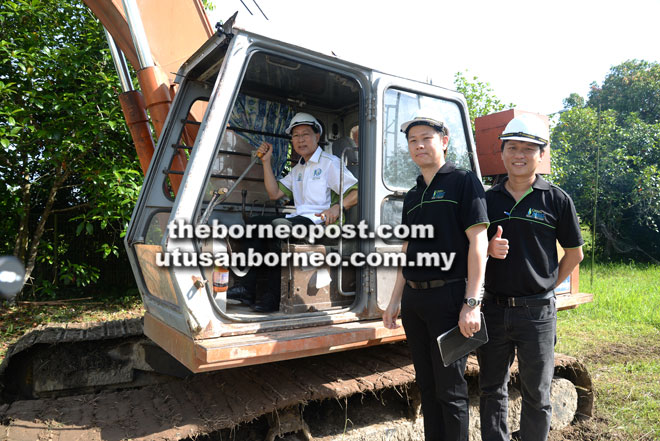 Julaihi officiates at the earth-breaking ceremony of the new toilets at the home. Also seen are Hii and Ngu (right).

MIRI: Green Summit Development Group of Companies kicked-off its ‘Love In Action 2018’ project at Hamidah Yakup Welfare Complex here yesterday in a bid to improve facilities at the orphanage.

The project is also supported by the Rotary Club of Miri Oil Town.

Present to officiate at the launching of the project yesterday was deputy mayor Cr Julaihi Mohamad, and among those present were Green Summit chief executive officer James Hii and the project organising chairman David Ngu.

Following the launch, the organising committee is calling companies and individuals here to support the project, by providing any type of assistance and contributions to improve condition at the orphanage, which is managed by Lembaga Kebajikan Anak-Anak Yatim Sarawak (Peryatim).

Green Summit was initially approached by Peryatim to assist in providing adequate washroom areas for the boys’ living quarters.

“This charity project is hoped to resolve the issue of the shabby living condition at the existing warden’s building,” Ngu said.

The boys were forced to evacuate their hostel due to safety reason, and are now putting up at the girls block, while the girls have been moved to the warden’s block.

Apart from improving facilities at the home, Ngu said the project was also aimed at fostering team-building spirit as well as a sense of accomplishment among the project volunteers and orphans, in undertaking the restoration works.

The project will include the construction of six toilets and two large shower rooms next to the existing warden building, the construction of a new stair case as a fire escape route, as well as restoring, repairing and cleaning of the warden block and the boys’ living quarters.

Ngu urged companies here to join them in any way they could, including to directly take up the construction of any of the facilities at their own expenses.

Julaihi, meanwhile, said the boys’ hostel block had been certified as unsafe for occupation.

“We have spoken to Lembaga Kebajikan Anak-Anak Yatim Sarawak about this, and they have agreed for the block to be demolished to make way for a new one.” 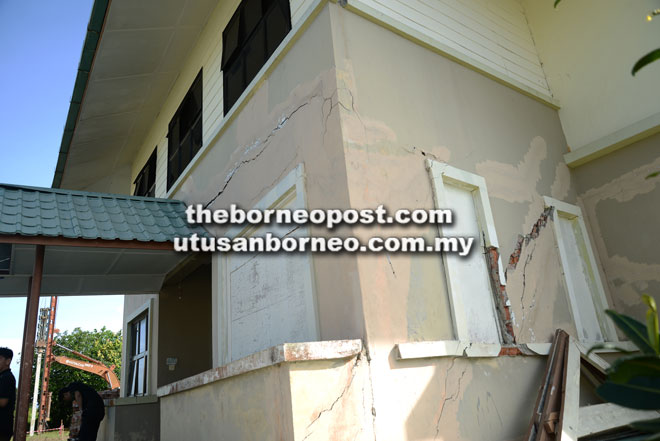 The condition of the boys’ hostel which will be demolished and rebuilt.