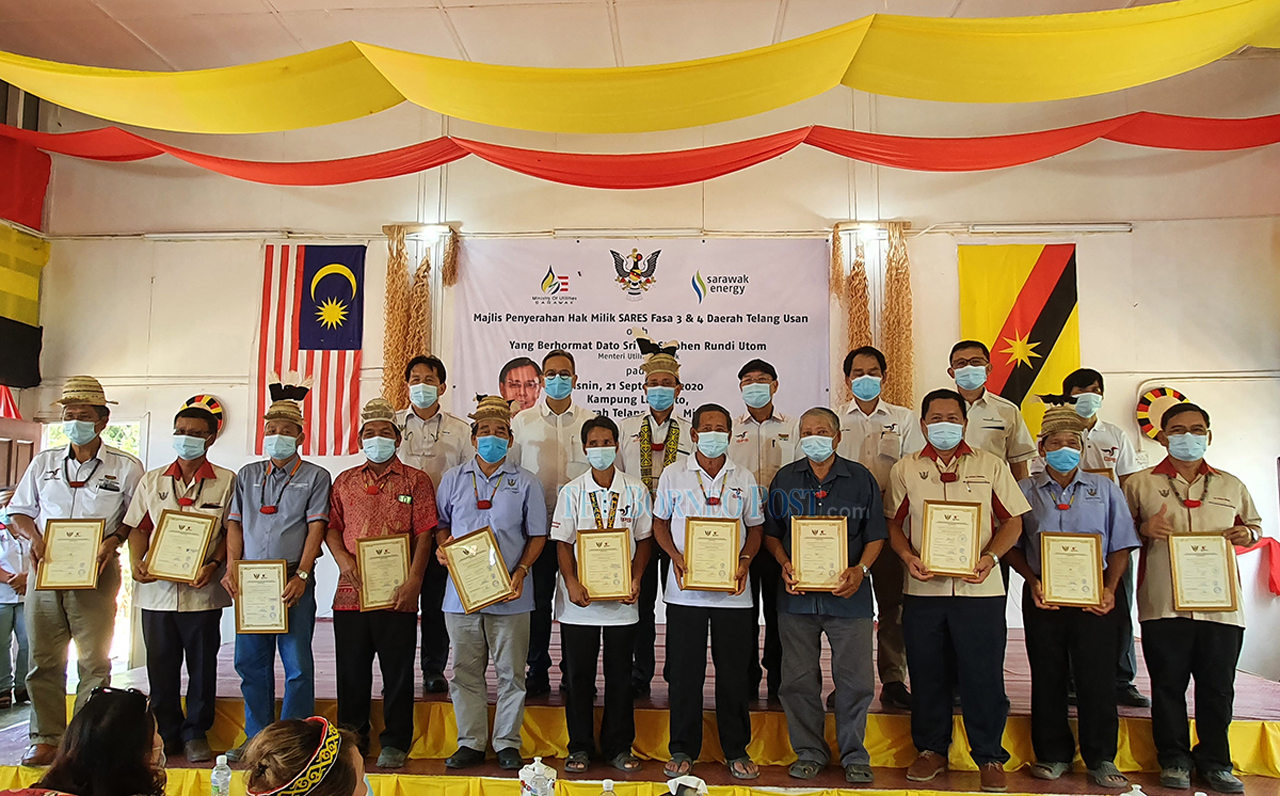 Community leaders from the nine villages at the Sares handing over ceremony officiated by Dr Rundi (3rd left in back row).

Representatives from the nine villages gathered at Kampung Lio Mato yesterday for the official handover ceremony and completion of their training to operate and maintain the solar system.

First introduced in 2016, Sares has accelerated electricity coverage for Sarawak’s remote rural heartlands where villages are off the grid.

In the Telang Usan district, more than 2,800 households in 49 remote villages now have access to 24-hour free electricity supply via the Sares initiative.

Dr Rundi commended the representatives for completing their training on how to operate and maintain the solar systems, saying their task is crucial in ensuring the long-term sustainability and success of the solar system.

With Sares, each household is provided with 3,000Wh of renewable electricity daily, catering for a typical rural household’s basic needs.