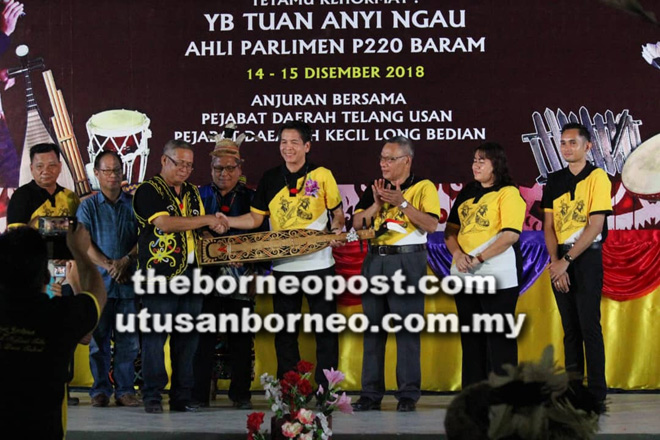 Jok (third left) presents a sape as memento to Dennis (fourth right) as Charles (third right) and others look on.

“As 2019 would be the tourism year for Sarawak, the state government through the Ministry of Tourism, Arts, Culture, Youth and Sports wants more tourism-related agencies including Pustaka Negeri to be involved in the organising of the festival next year.”

Although not all ethnic groups were able to send their dance teams to the festival this year, many dance troupes from the Kayan, Kelabit and Penan communities participated in the event, Dennis said.

He congratulated the organising committee for making the festival another success this year.

Besides entertainment, those who came to the festival had an opportunity to sample local food and drinks and buy souvenirs from the handicraft stall.