GPS will go all-out in battle 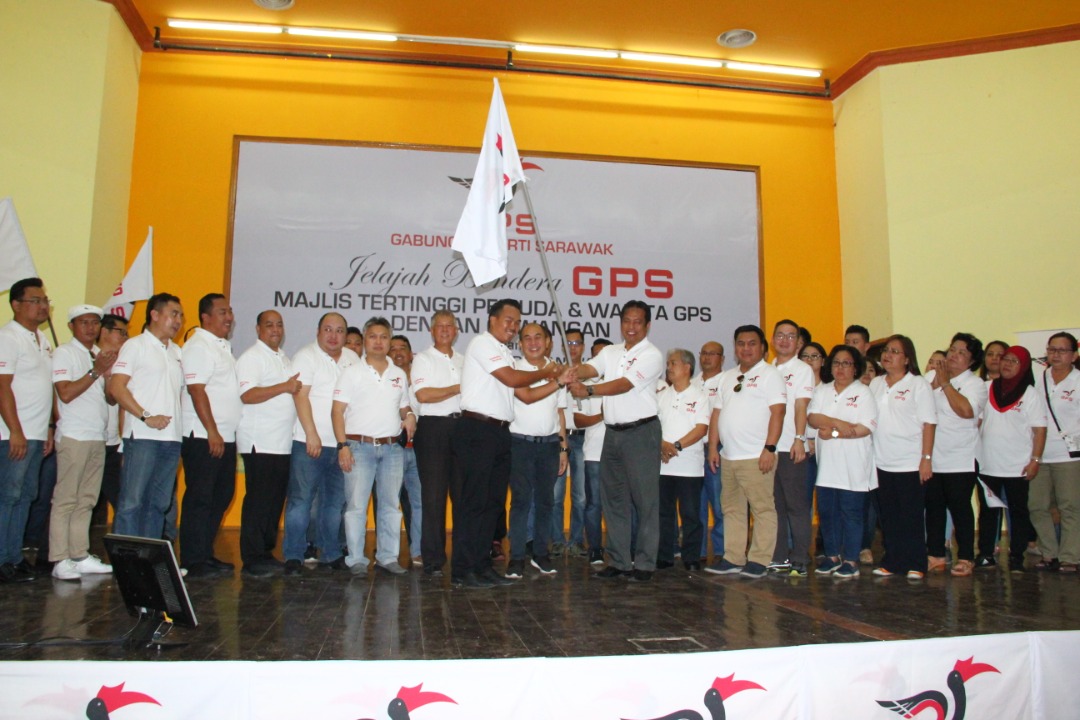 Dr Abdul Rahman (right) handing over the GPS flag to Sufian to fly it high in Limbang as Rentap (centre) and others look on at the GPS rally.

LIMBANG: Gabungan Parti Sarawak (GPS) will be going all out in the battle to ensure that it continues to govern Sarawak and fight for her rights and the interests of her people, promised Assistant Minister of Agriculture Dr Abdul Rahman Ismail.

“We will fight all out in the coming State election due in 2021 to ensure GPS remains in power,” he said in the rallying call at the GPS logo arrives in town from Lawas at the second stop of the state-wide tour led by GPS Youth leader Gerald Rentap.

Dr Abdul Rahman said that the people-centric GPS would continue to work hard to keep their overwhelming support given by the people in the last state election.

“At the same time, we will go all out to ensure that Batu Danau and Bukit Kota remain the fortress of GPS in the coming state election,” he added.

A crowd of 1,000 attended the rally which also observed a minute of silence in remembrance of the late Pehin Sri Adenan Satem, Sarawak’s fifth Chief Minister who was better known as Tok Nan.

Tok Nan had previously led the state component parties under the Barisan Nasional (BN) party to an overwhelming victory in the last state election but the BN defeat to Pakatan Harapan in the last General Election (GE14) had prompted them to leave and form their own coalition under GPS.

Dr Abdul Rahman who is also the Bukit Kota state assemblyman said GPS is committed to developing the beloved state of Sarawak to achieve the target of becoming a developed state by year 2030.

He welcomed the statewide tour to introduce GPS logo, saying it would be symbol which would make its presence in every nook and corner in the state.

Dr Rahaman later sent off the convoy from Limbang to Miri their next destination.