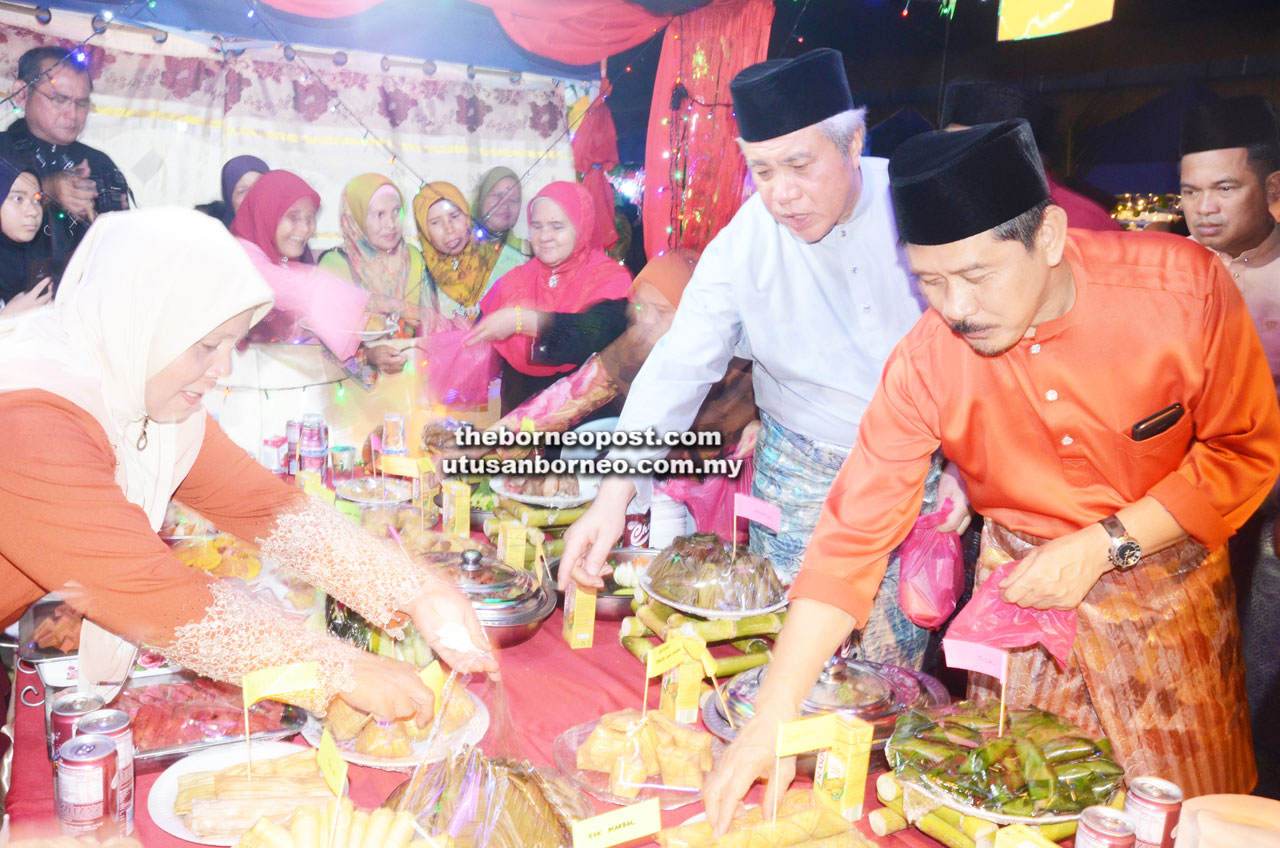 Awang Tengah (second right) and Ripin pick out some local delicacies at one of the stalls during the event.

MIRI: Sarawakians are called on to throw their support behind Gabungan Parti Sarawak (GPS) in the coalition’s drive to bring the state to greater heights via the restoration of rights under the Malaysia Agreement 1963 (MA63).

Deputy Chief Minister Datuk Amar Awang Tengah Ali Hasan, who said this, called GPS the ‘people’s best partner’ when it comes to championing the interests of the state.

“Although the leaders of Peninsular Malaysia-based political parties in Sarawak are locals, we cannot rely on them because their top leaders are from the ‘other side’.

“Now that they are the federal government, how much development attention have we in Sarawak received thus far? They have even reduced the welfare programme that our people have been enjoying, without any reason given,” he said when officiating the ‘Majlis Melanggar Meja & Ramah Mesra Aidilfitri 2019’ in Bekenu on Saturday, where he represented Chief Minister Datuk Patinggi Abang Johari Tun Openg.

Because of this, Awang Tengah said it is imperative that Sarawakians stay united and share the common goal of getting back the rights of the state as enshrined in MA63.

“For the sake of a better future, let us work together under the leadership of Chief Minister Datuk Patinggi Abang Johari Tun Openg. He has a comprehensive development plan on how to make Sarawak progress further,” he said.