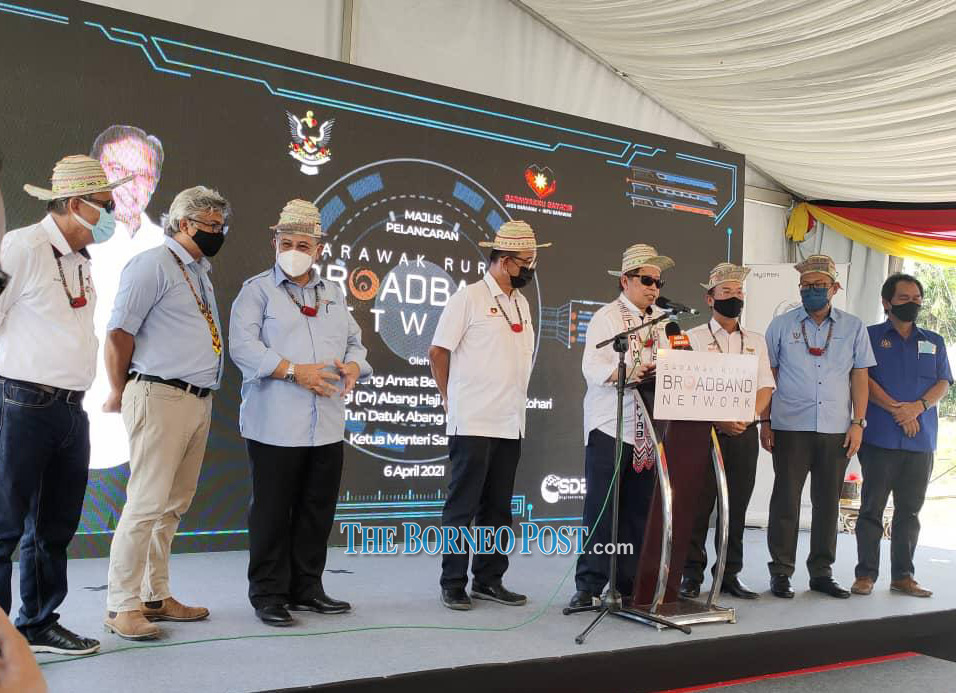 MIRI (April 6): Gabungan Parti Sarawak (GPS) has not ruled out the possibility of discussing Parti Islam Se-Malaysia’s (PAS) request to contest in one or two seats during the next Sarawak election.

Chief Minister Datuk Patinggi Abang Johari Tun Openg, who is GPS chairman, told reporters today he had not thought about the matter but would look into it.

“I am still in Long Terawan. I have not thought about it – still busy installing broadband. Once we are finished (with the installation), then we will talk about it,” he said after launching the Sarawak Rural Broadband Network (MySRBN) in Long Terawan, Mulu.

PAS Sarawak commissioner Jofri Jaraiee had told an online news portal yesterday (April 5) that allowing the party to contest in the Sarawak election would show GPS’ spirit of cooperation with the Perikatan Nasional (PN) component party.

He claimed allowing PAS to contest in one or two seats, which are winnable for the party, would not affect any GPS.

On the PN Supreme Council’s decision to mobilise its machinery at every level to assist GPS in the coming Sarawak Election, Abang Johari said GPS welcomed the support.

(For the freshest news, join https://t.me/borneopost)

“Terima kasihlah (Thank you). They want to help us, we accept it. (If) they want to fight us, we fight back,” he quipped.

Hamzah said the closeness shown by Muhyiddin and Abang Johari during the Prime Minister’s recent visit to Sarawak proved that the political understanding between them is very good and that they would further strengthen political cooperation between PN and GPS in the future.

Earlier in his speech at the launching of MySRBN in Long Terawan, Mulu, Abang Johari called for undivided support for GPS in the election.

He said this would enable the state government to accelerate development in Baram, which has high potential not just in the agriculture sector, but also tourism.

“Long Terawan will see more development in the near future, but I won’t reveal the plan just yet.

“As we all know, this Gunung Mulu is connected with Gunung Buda (in Limbang),” he said.