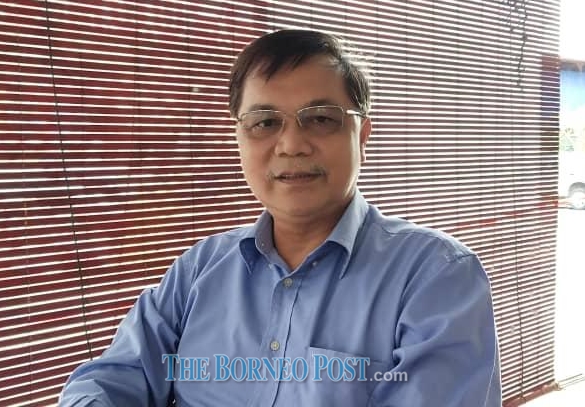 MIRI (Feb 17): The Gabungan Parti Sarawak (GPS) government has been called to be more sensitive and sympathetic towards the continuous lamentation of the people in rural areas for better roads connecting their villages with the outside world.

Democratic Action Party (DAP) Telang Usan branch chairman Marcus Hugo Matu Lejau, who made the call, said if the GPS-led government were sincere in helping to upgrade the standard of living of the people especially those in rural areas, the roads to these areas need to be repaired or upgraded without further delay.

Referring to an article published on Tuesday with the headline “Ulu Tinjar folk cry for help over condition of road”, Marcus said the people were excited to hear of the state government’s rural-based policy and have been looking forward for improved basic infrastructure in their areas.

“While undeniably there may be some projects given to the villages, but the waiting for a good connecting trunk road from Lapok to Ulu Tinjar or elsewhere in Baram until now has been too long.

“There have been repeated announcements about the RM200 million road project by the Highland Development Agency (HDA) which was supposed to be 122.6km road from Lapok junction to Long Puah in Ulu Tinjar for the last few years but so far there is little indication it is going to start soon,” he added.

Marcus, who is also from Tinjar, therefore hoped that the promise would be fulfilled soon.

He said that there were also news of a RM4 million road project connecting Long Aton to Long Sobeng some years back but nothing was seen there.

“The promised planned road would actually serve at least 15 villages up until Long Puah in Ulu Tinjar which includes primary schools and health clinics. Some of these villages are not even connected to the outside world at all after the collapsed of bridges along the timber track years ago due to no maintenance.

“That is sad situation considering it is a basic infrastructure necessity,” he said.

Marcus said the road is very important to the local folk not only providing convenience for communication but more importantly, it can act as important impetus to improve their economy and livelihood.

He pointed out that many of these villagers are engaged not only in oil palm, rubber and pepper, but also cash crops like pineapples, maize, vegetables and livestock rearing although in a small scale.

“These products could be brought out for sale if there is good road. Poor road condition or no connecting road would not help to improve the economic condition of the people in Tinjar,” he said.

On Tuesday, The Borneo Post published an article about the condition of the Long Lapok-Ulu Tinjar road which is in a very bad condition which has caused problems to the villages there.

However, the persistent rain and flood at Long Teran’s junction had prevented the contractors to go in with the machineries to carry out the repair works.

“The repair work will be carried out as soon as the weather improved,” said Penguang.