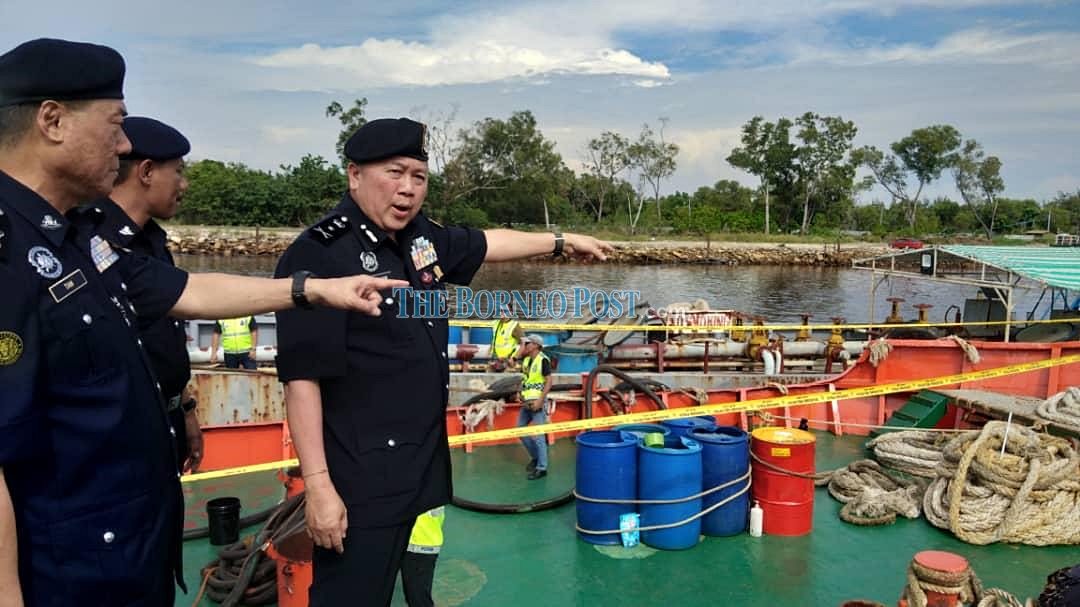 Khaw points to the vessels found to contain smuggled diesel worth over RM1.75 million.

MIRI: A team from the 12th Battalion of the General Operations Force (GOF) seized 800,000 litres of smuggled diesel worth over RM1.75 million in a raid at Tebingan Sungai Miri, Jalan Krokop here yesterday afternoon.

“Acting on information gathered prior to the raid, the team arrested five individuals including two men who had attempted to offer a bribe worth RM25,000 to the operation head as an assurance in avoiding any legal action,” he said.

“The case has been handed over to the Domestic Trade and Consumerism Ministry for them to investigate and take further action,” he said.