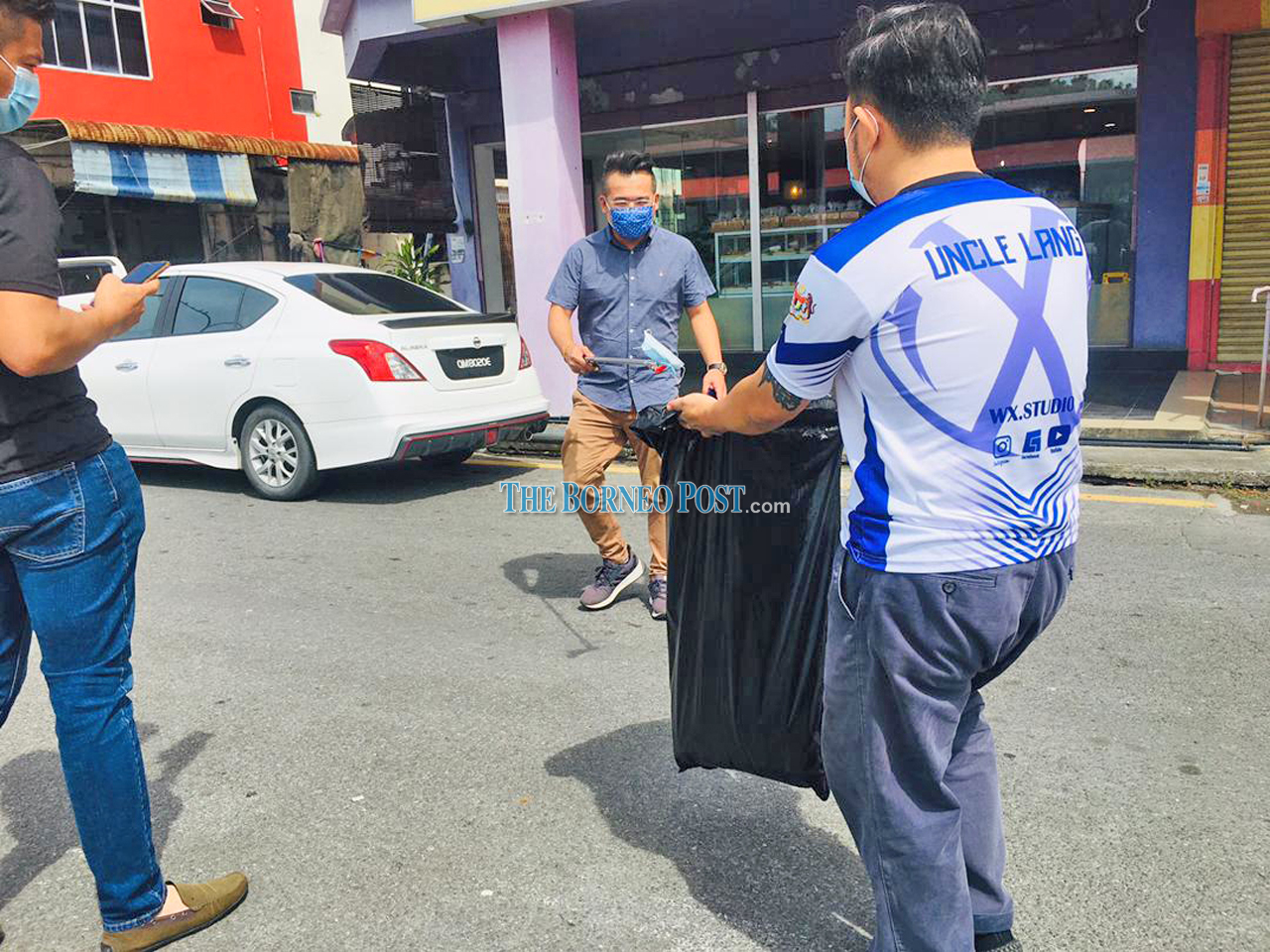 Several volunteers collect discarded face masks around a commercial area in the city.

The activity served as a litter-collection drive around the city, especially discarded face masks.

The Anti-Drugs Squad is a volunteer-oriented entity run under the National Anti-Drugs Agency (AADK).

According to Anti-Drugs Squad Miri chairman Azlan Hamdani, the ‘Go Green – Community On Alert’ was run in connection with National Anti-Drugs Day 2021.

“It’s an effort to create public awareness of the importance of caring for our environment, while highlighting the dangers of drug abuse.

“In this activity, individuals as well as groups of two to five people pick up used masks and other small rubbish in their respective areas around Miri city,” he said.

Apart from areas around the city centre, other places covered under the programme included Permyjaya and Lambir.

Adding on, Azlan said the volunteers bagged more than 800 pieces of discarded face masks during the two-hour activity, all of which was later sent to MCC for proper disposal.

“We hope that in the future, more people would join our Anti-Drugs Squad and our other volunteer-based activities in Miri,” he said.

A volunteer focuses on collecting face masks and other rubbish at the compound around a dilapidated hut in a section of the city.