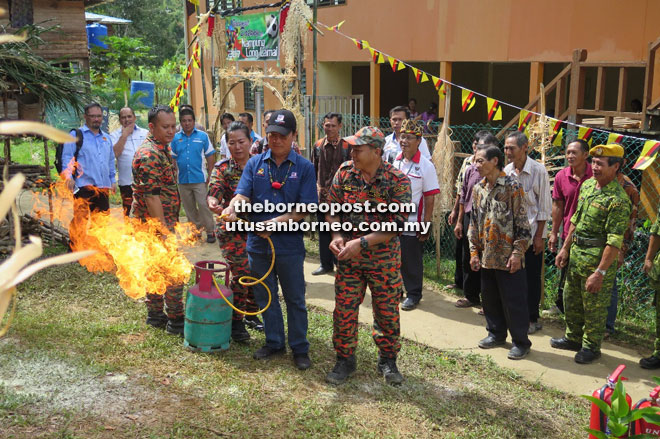 MIRI: Only 1 per cent or four out of some 300 longhouses in Baram have volunteer firefighting units.

“The four are in Marudi, Long Pillah and Long Bedian in Telang Usan constituency and in Bario, which is under Mulu constituency,” she said when met here yesterday.

Sim said her team recently went to Long Lamai — a Penan settlement area in Ulu Baram — together with 12 other government agencies for the ‘Reach the Unreached Programme’.

“Part of the programme was to educate and create awareness among the villagers through safety talks and demonstrations of how to put out fires in the kitchen or using LPG (liquefied petroleum gas) safely and also usage of fire extinguishers,” she said.