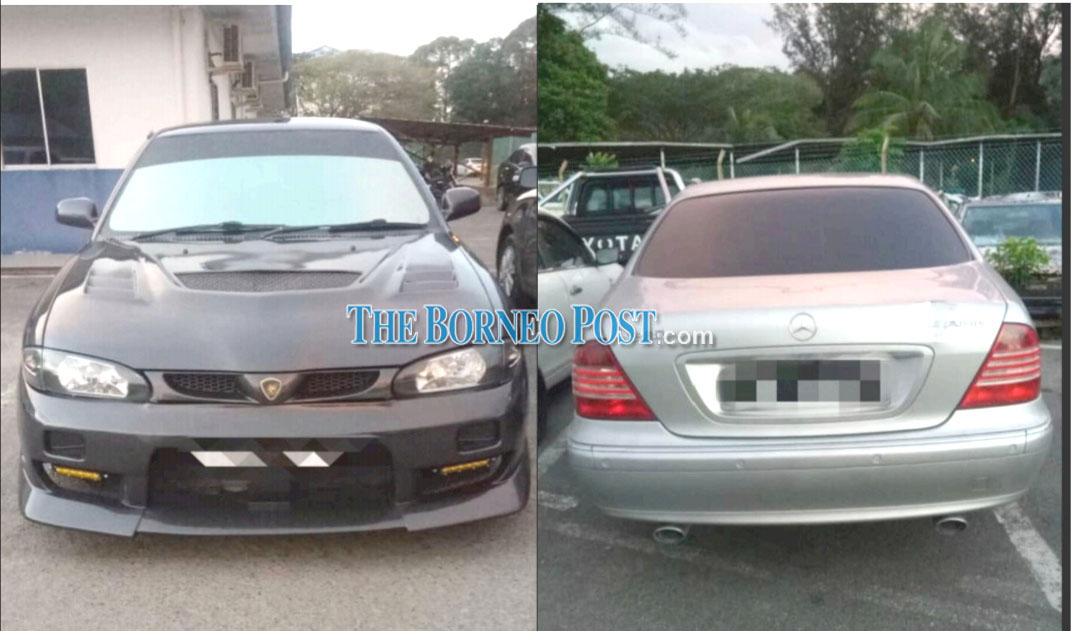 The two cars confiscated during the operation.

In a statement received from the department’s chief Supt Hasnir Abdul Hamid, the raiding party acting on information received around 11.50am Saturday, they detained a man, 41, and a Vietnamese woman, 24, near the security post and at the entrance of a lift of a condominium in Jalan Riam here, respectively.

“A bodily search carried out on the male suspect found a transparent plastic packet containing crystalline substance suspected to be Syabu weighing 0.35g.

“An electronic key card and house keys were also found on him,” said Hasnir.

Following his arrest, the team was then led to a condominium in Jalan Riam where they detained another female suspect, a 25-year-old Vietnamese.

“A check carried out in one of the rooms found 23 transparent plastic packets containing crystalline substance suspected to be Syabu weighing 1,117g and a digital weighing scale.

“Also found was a plastic container containing empty plastic packets believed to be used in packing the drugs,” said Hasnir.

About 1pm on the same day, police detained the fourth suspect, a man, 39, at the condominium’s parking lot.

“Further check inside the car led the police to the discovery of a key belonging to a car parked next to the car of the fourth suspect.

He added that urine tests carried on all four suspects also came back positive.

The first, third and fourth suspect were tested positive for Amphetamine/Methamphetamine while the second suspect was positive of Benzo/Ketamine.

“The suspects are being remanded for five days remand, and the police are investigating the case under Section 39B of the Dangerous Drug Act 1952 and Section 12(2) of the same act for drug possession.

They are also being investigated under Section 15(1)(a) of the same act for drug abuse, said Hasnir.