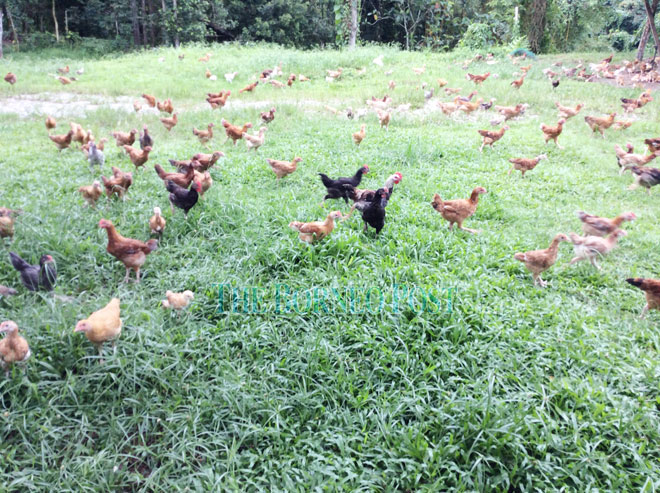 KUCHING: Investment banker-turned-entrepreneur Ong Yang Hui is on a mission to develop organic chicken industry in the state.

He sees a niche market in the export of organic chicken to countries like China and Singapore as presently there is no company in Sarawak doing that.

“We have been selling organic chicken since 2000. At first it was very difficult as no supermarket wanted to hold our chickens.

“Our facility can only cater for demand from Kuching, Miri and Bintulu as the business is capital intensive. And in an organic environment even the number of chickens is limited and controlled according to the guidelines set by HACCP (Hazard Analysis Critical Control Point). Their feed too has to be according to international standard set by the body.”

Ong said he was motivated to get into the business more than 20 years ago because of his ill health.

“ I was always getting sick. I needed to get antibiotics from doctors frequently,” he told thesundaypost in a special interview quite recently.

Ong hoped the government would help the development of organic chicken production not only for export but for health reasons.

“It is important that the government run internationally certified processing facility so that small operators can export in the near future.

“It should be run by the government in the earlier stages until the facility has economy of scale,” he said.

Ong believed at the moment his company is the only one operating a relatively large scale organic chicken farm.

He also plants corn in his 17-acre farm at Jalan Jugan, Siniawan in Bau to produce organic chicken feed.

“So what is organic chicken meat? They are without chemical and without antibiotics and their feed, without preservatives,” he said.

For the chicken meat to be purely organic, breeders cannot transport the chicken live and have to slaughter and dress the chicken before sending them to the market.

“When mobilised these chicken would get scared and stressed causing their heart to pump faster and therefore excrete adrenalin in their body. It is not a good thing for humans to consume chicken meat containing adrenalin,” he explained.

The chicken must be placed in a holding room for four to five days just to calm them before slaughtering them, he added.

However in several countries farmers have special mobile processing facilities to facilitate the works, he said.

“The rule was set by the HACCP and the Australian organic body. We cannot transport live organic chicken on the road. Transportation of these chickens decreases the quality of their meat,” he said. 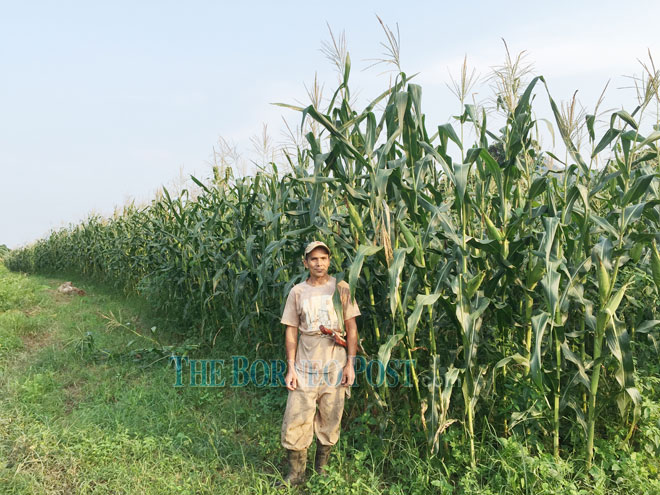 A worker at the corn field.

HACCP is a systematic preventive approach to food safety from biological, chemical, physical hazards and more recently radiological hazards in production processes that can cause the finished product to be unsafe and designs measures to reduce these risks to a safe level.

A 2010 study suggested that fewer than six per cent of organic birds were infected with salmonella, compared with almost 39 per cent of conventional ones.

Ong said he was able to bring down the price of a dish of organic chicken serving to below RM8 at his special restaurant Ember Traditional Charcoal Cooking in Jalan Tabuan here because he saved on rental as the premises is an extension of his house.

“The duck is wood fired. The Char Siew and roasted pork are (cooked) by charcoal,” he said, adding the location of the restaurant can be easily traced using google map.

Located at No.71, Jalan Tabuan, 93200 Kuching, Sarawak, the restaurant can be found using link https://maps.app.goo./2AMZoG2XrrYp1WxK8.

An extension of Ong’s house converted into a restaurant.