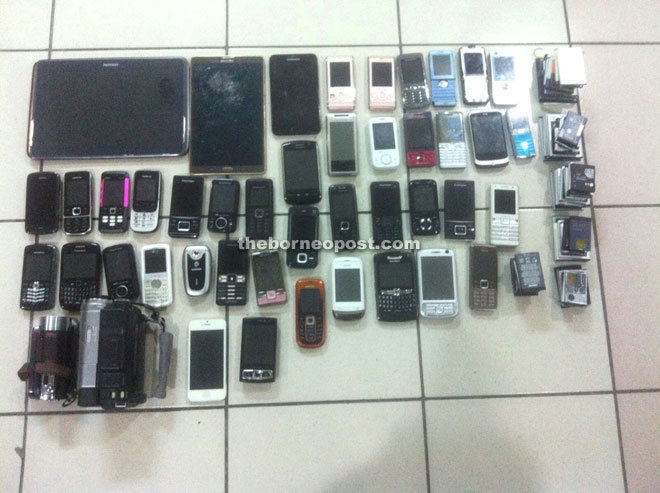 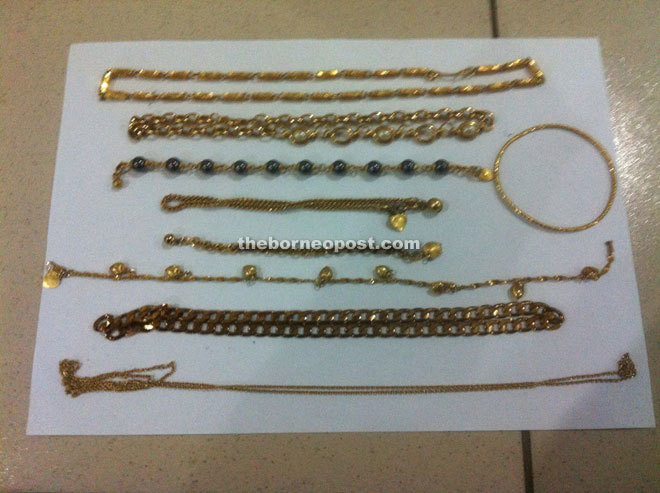 Among items found in the suspect’s possession. 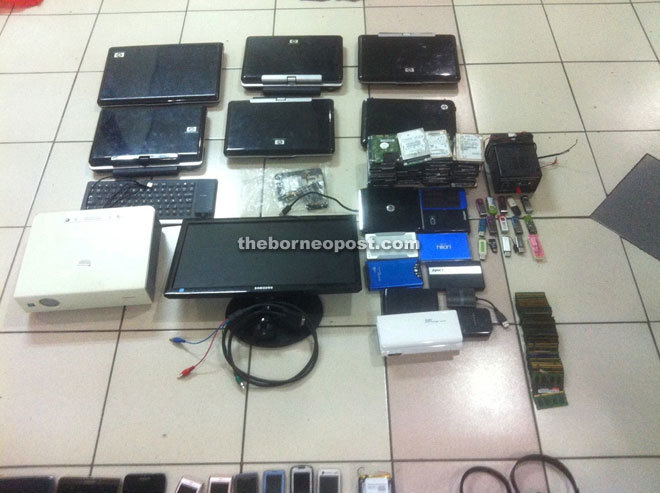 KUCHING: A foreign national was arrested while attempting to cross the border at Tebedu after he was found in possession of a cache of possibly-stolen items.

State CID chief SAC Dev Kumar said the 52-year-old Indonesian man was stopped at the Customs, Immigration and Quarantine (CIQ) checkpoint in Tebedu around 9pm Wednesday while attempting to across the border.

“A team of six General Operations Force personnel detained the man after two of the three bags he was carrying were found to contain a cache of items.

“The suspect was handed over to Serian CID personnel, who found that he had arrived by bus from Miri and had chartered a van from Serian to the CIQ complex in Tebedu,” said Dev Kumar in a statement yesterday.

“The suspect claims that he collects secondhand items to be sold in Indonesia.

“However, we find his claim to be doubtful and have dispatched a D9 CID team from state police headquarters to assist

Serian police personnel in identifying if any of the recovered items are stolen,” said Dev Kumar.