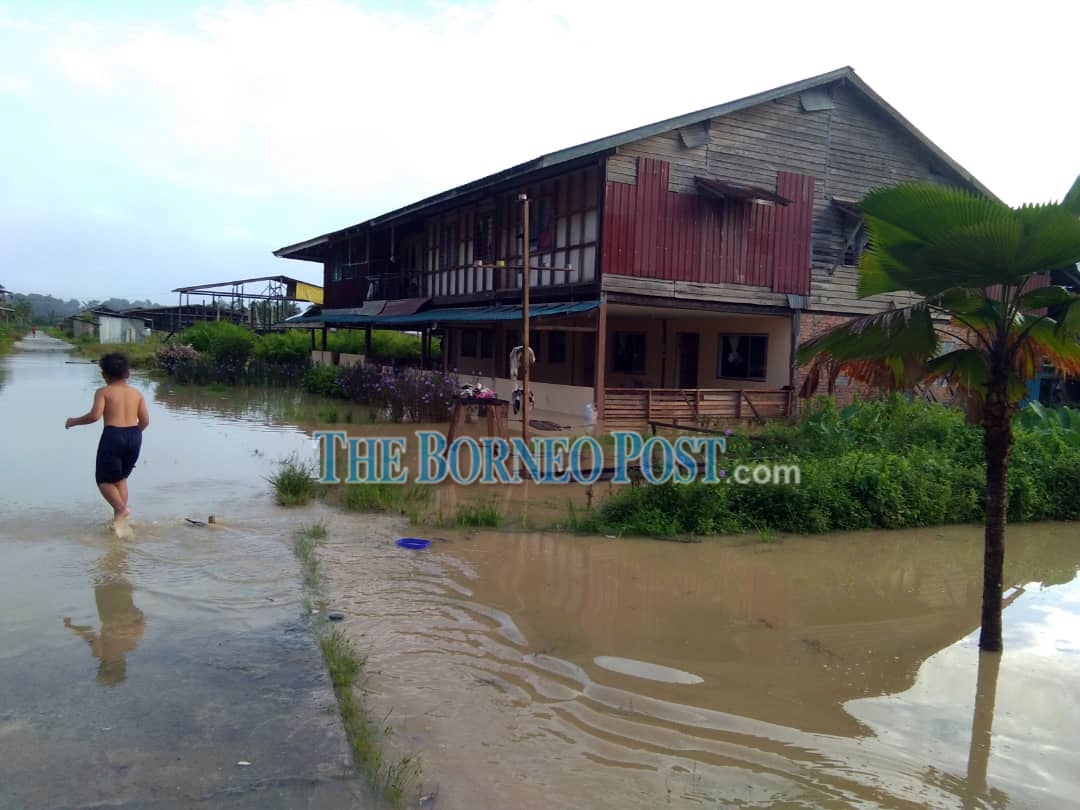 The flood in Long Jegan was caused by increase in water level.

MIRI: Several longhouses in Tinjar and Baram were inundated by floods today.

Among the first longhouses reported to have been hit by the floods were Long Jegan, Long Panai, Long Loyang, Long Teru, Long Ikang, Lubok Mulong, Benawa and Kuala Bok.

In a statement to the media today, Miri Fire and Rescue station chief Law Poh Kiong said the water level at Lubok Mulong, Long Jegan, Long Teru, Benawa and Kuala Bok were reported to have increased as of 8am today.

“The water level at Long Panai however has decreased this morning while the flood in Long Loyang is stagnant as of 8am,”said Law.

Heavy rain in the last few days had led to the water level rising causing floods in the low lying areas.

“The water however have not entered their house which was why he has not reported it to the District Office,” he said.

He urged villages living close to the river and at low lying areas in Baram especially those under his constituency to remain vigilant and report to the district office should the water level possess danger.

“Parents must also keep a close eye on their children to avoid any unfortunate incident during flood,” he said.