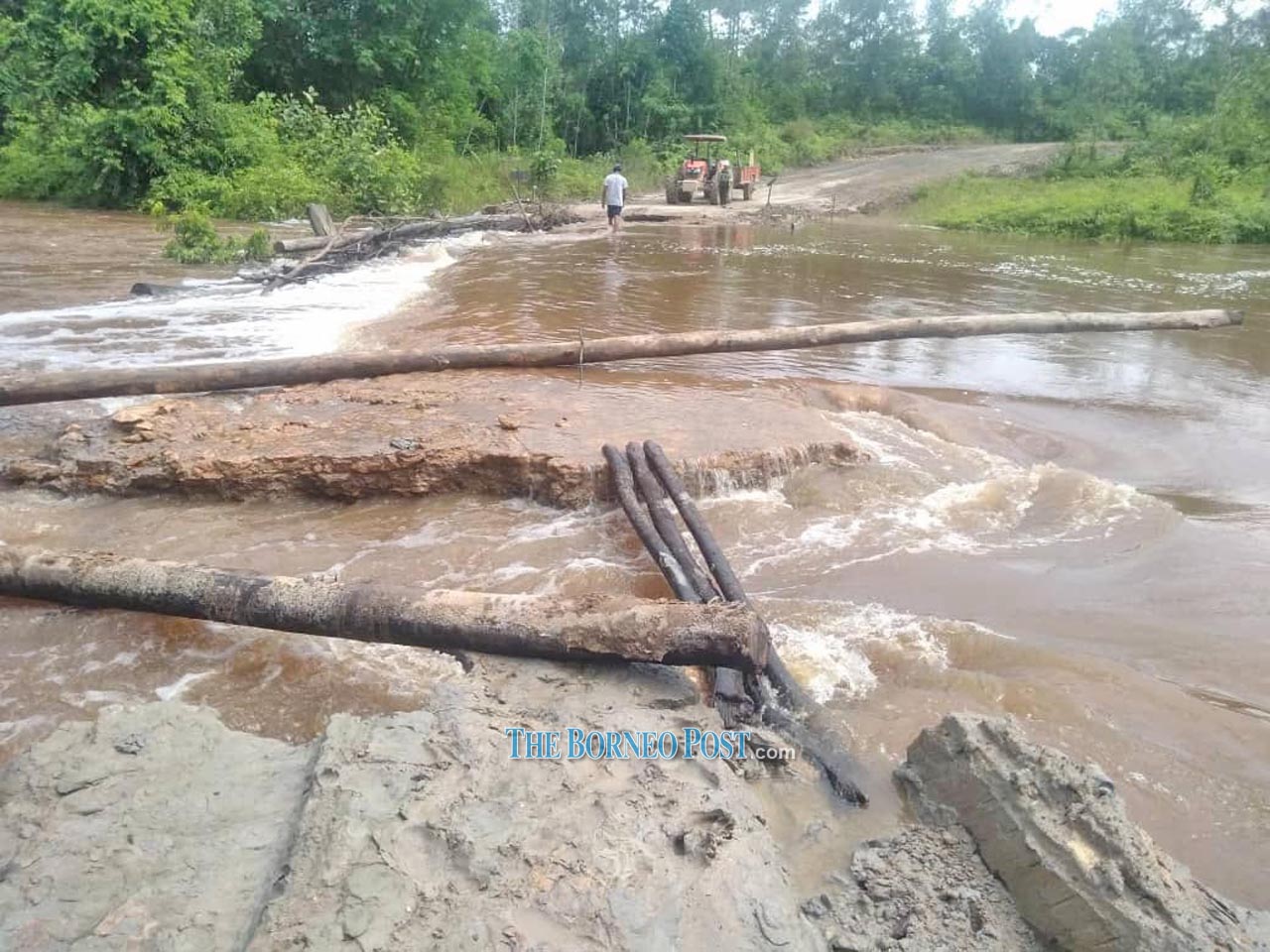 Raging flood water has swept away a wooden bridge in Long Panai.

MIRI: Over 200 people in Long Panai, Baram are cut off from the outside world after flood waters swept away a timber bridge and inundated their only access road on Thursday night.

About 50 teachers and residents of Long Panai in 10 vehicles were forced to turn back yesterday morning when they found that the bridge at Simpang Panai 2 had been swept away while several stretches of the road was under a metre of water.

They were on their way to Marudi to run for errand during the weekend break, but were forced to turn back when they arrived at the ‘missing bridge’, about a hour’s drive from Long Panai, the biggest Kayan settlement in Tutoh.

According to a resident and a transporter, Bon Hul, heavy rain for nearly five hours had caused the river to burst its banks and flood the low-lying areas including the road, which was used by two logging companies in the area.

He had no other choice but to cancel his journey to deliver food to a secondary and primary schools in the Tutoh until the bridge is repaired.