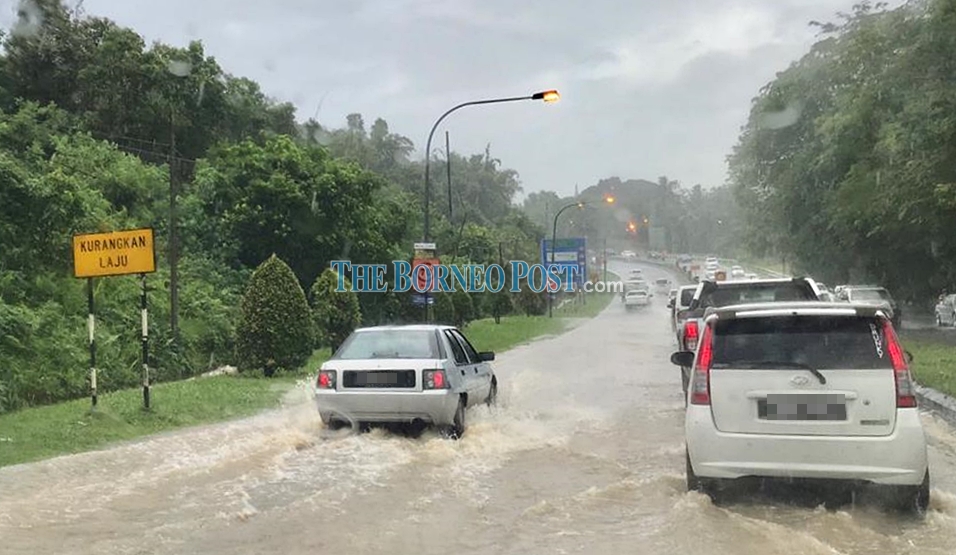 Cars braving the rising floodwaters in Miri, caused by a sudden downpour this afternoon.

MIRI: Heavy rains since 1.30pm today led to several areas in the town to be hit by flash floods, causing cars to slow down on major roads and the water level to rise around several residential areas.

In a statement to the media, Miri Fire and Rescue station chief Supt Law Poh Kiong said it’s station is one of the areas affected by the flash floods.

Other areas affected were Jalan Pos Miri, Pujut 2, Krokop and in front of Shell Petrol station (opposite Tamu Muhibbah).

The flood-prone areas are susceptible to flash floods whenever there is heavy rainfall, though the floodwaters would normally subside as soon as the rain slowed.