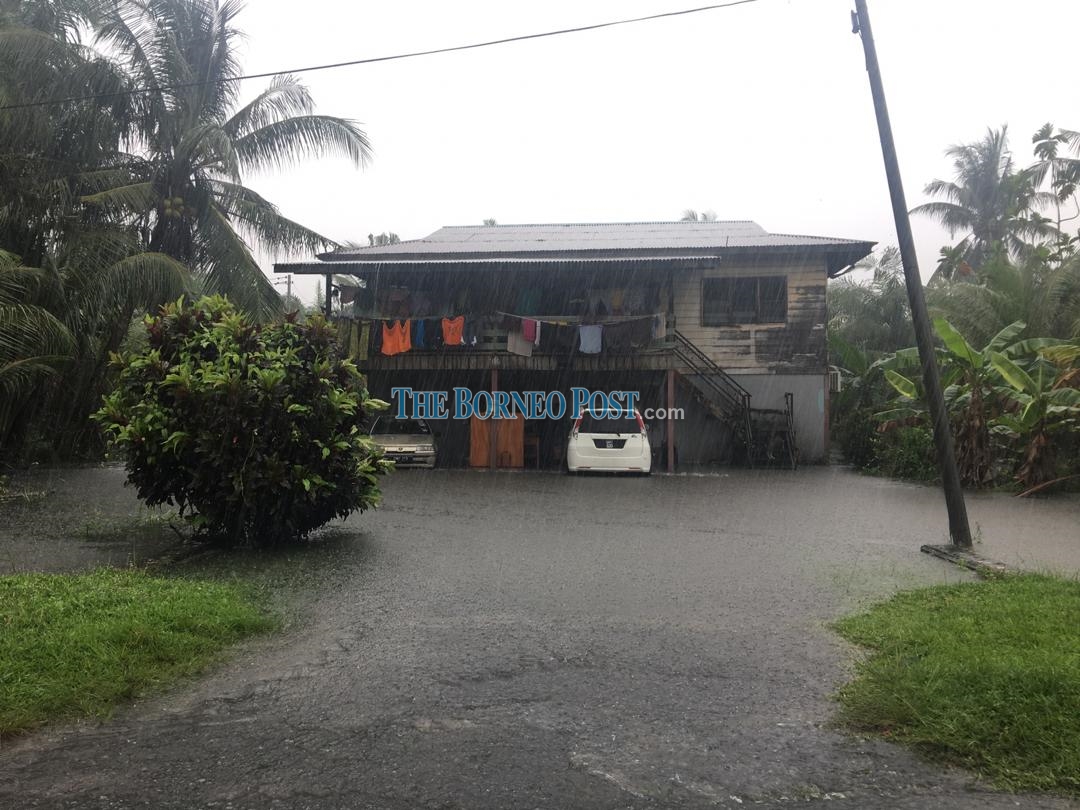 MIRI (Jan 13): Continues heavy rain combined with the King Tide since yesterday evening have caused flash floods in several low-lying areas in the northern part of the city.

The roads leading to these areas were also flooded, making them impassable for small vehicles.

Hundreds of cars and motor were parked by the roadside as residents fear that the water-level would continue to rise.

In a statement to the media last night, Fire and Rescue Department (Bomba) Lopeng station stated that eight people including four children from two families in Kampung Batu Satu Kuala Baram were evacuated at around 8.41pm.

It said the two families were later transported using the Emergency Medical Rescue Services (EMRS) van to the evacuation centre which is at the multi purpose hall in Kampung Batu 1.

“The team also went to check on flash flood situation at Jalan Lutong – Pulau Melayu. The situation there were under control,” it said.

Two roads – Jalan Lama Kuala Baram (towards Kuala Baram) and Jalan Pulau Melayu (towards Lutong) were ordered to be closed last night following the flash flood and debris including logs and sands making it impassable for vehicles.