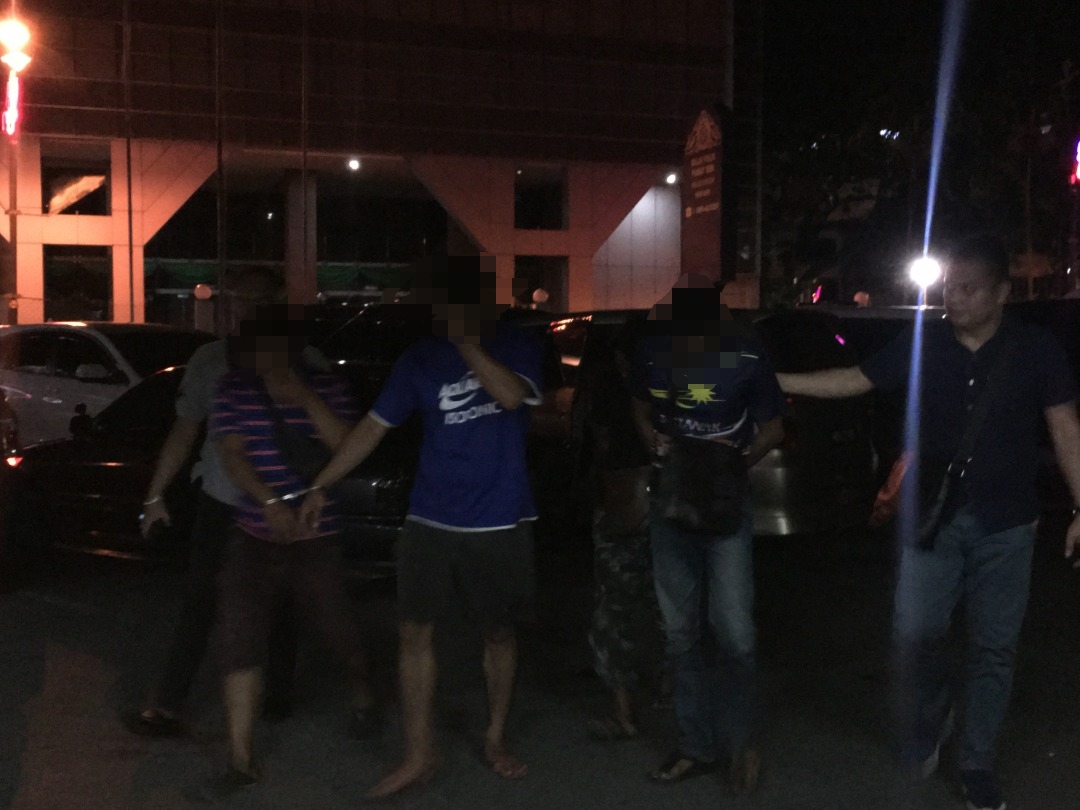 The suspects being escorted by the police to Miri Central Police Station last night.

MIRI: Five men were arrested after they allegedly assaulted and injured a 51-year-old fisherman who was riding on a motorcycle in Senadin residential area here on Wednesday.

District police chief ACP Lim Meng Seah said the suspects, aged between 21 years old to 33 years old, were arrested at Kampung Sealine, Lutong and in the city area at about 6.30pm yesterday (June 18) and were now under remand.

The police are investigating the case under Section 324 of the Penal Code for voluntarily causing harm with dangerous weapon.

According to Lim, the victim had gone to search for wild ferns in Kuala Baram with a friend on Wednesday evening.

At around 8.20pm, the victim who was riding his motorcycle on his way back home was stopped by three motorcycles at the roadside in a residential area in Senadin.

“Five men on the motorcycles then attacked the victim with a wooden stick, resulting in injuries to his body.

Police who later arrived at the scene then contacted the ambulance and the victim was admitted to Miri Hospital for further treatment.

“The victim was discharged from the hospital yesterday (June 18),” he said in a statement.

“According to the victim, the incident was believed to have been caused by accusations of him conspiring to a motorcycle theft.

“Two of the suspects were known by the victim and they are his friends,” added Lim.