Five made homeless after fire destroys house in Miri 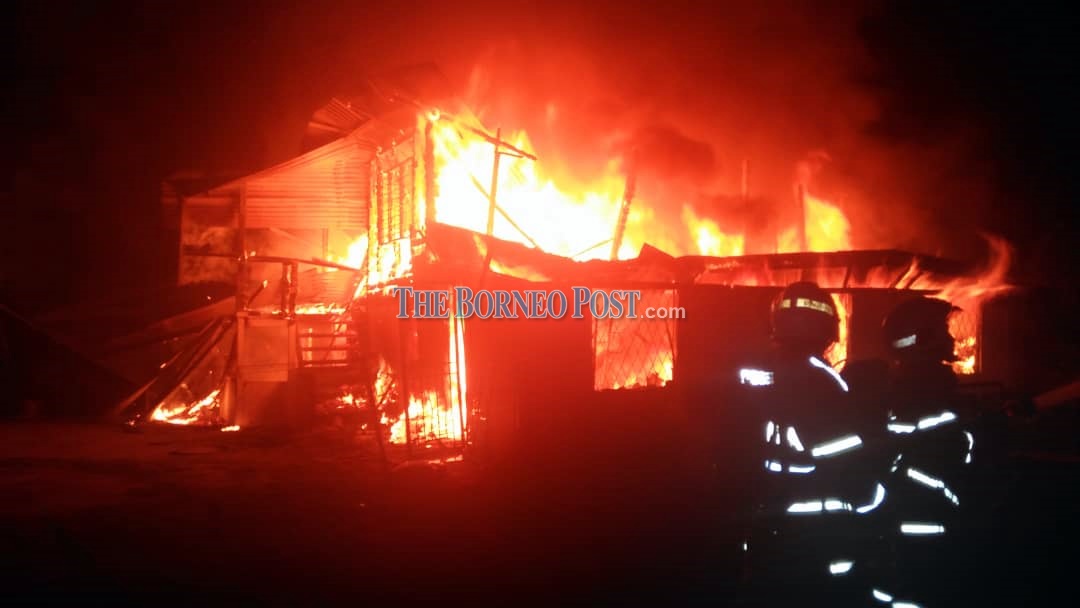 Firefighters dousing the fire that razed the double-storey house to the ground.

MIRI (May 10): Five people were made homeless after their home at Lorong Mulia 5B, Tudan Phase 2 here was razed by fire last night.

Miri Fire and Rescue Department (Bomba) chief Law Poh Kiong said nine firefighters from the Lopeng fire station were deployed to the scene after they received a distress call from the public at 11.37pm.

“Upon their arrival at 11.58pm, the team found that the fire a double-storey semi-permanent house was 100 per cent razed to the ground.

“A mother and her daughter managed to get out of the house during the incident, while three others were not at home,” said Law in a statement.

The fire was brought under control at 12.01am and extinguished completely minutes later. No injuries or casualties were reported in the incident.

Law said the operation ended at around 12.07am.

The cause of the fire and total losses have yet to be ascertained.