Five business operators in Miri fined RM1,500 each for operating beyond 10pm 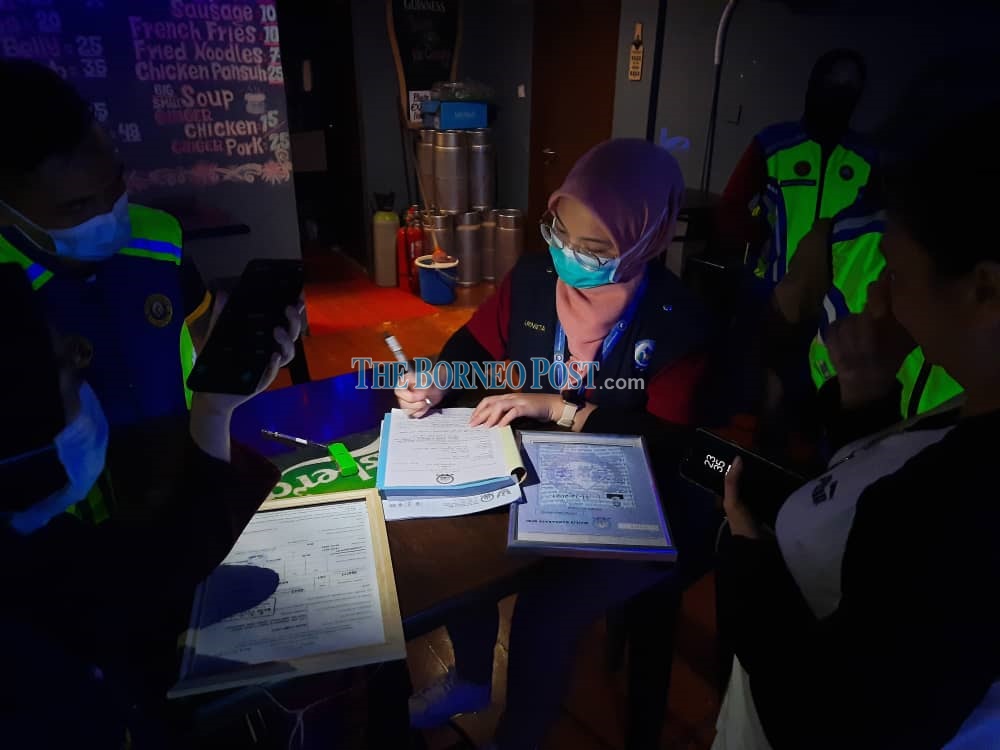 A MCC enforcement officer issuing a compound notice to a business operator during their operation last night.

MCC said the compound notices were issued during an enforcement operation conducted after 10.30pm last night in several areas here to see if business operators were complying with the SOP.

“This follow-up operation was carried out with due attention to monitor the business operators, as whether or not, have complied with the SOP in requiring all business activities should cease after10pm,” said MCC in a statement.

It added that the operation covered business premises under the jurisdiction of MCC, including eatery outlets, bars and bistros in nine commercial centres and areas throughout the city.

“For the sake of the safety of the Miri community during the current Covid-19 pandemic which is still at worrisome stage, Miri City Council would like to seek full co-operation from all business operators to adhere to the SOP imposed by the authority.

“Under such circumstances, the council would continue its monitoring and inspection exercises in accordance with directives by SDMC,” concluded the statement.

The post Five business operators in Miri fined RM1,500 each for operating beyond 10pm appeared first on Borneo Post Online.