Fishing boat capsizes off Tg Payung, no signs of victims 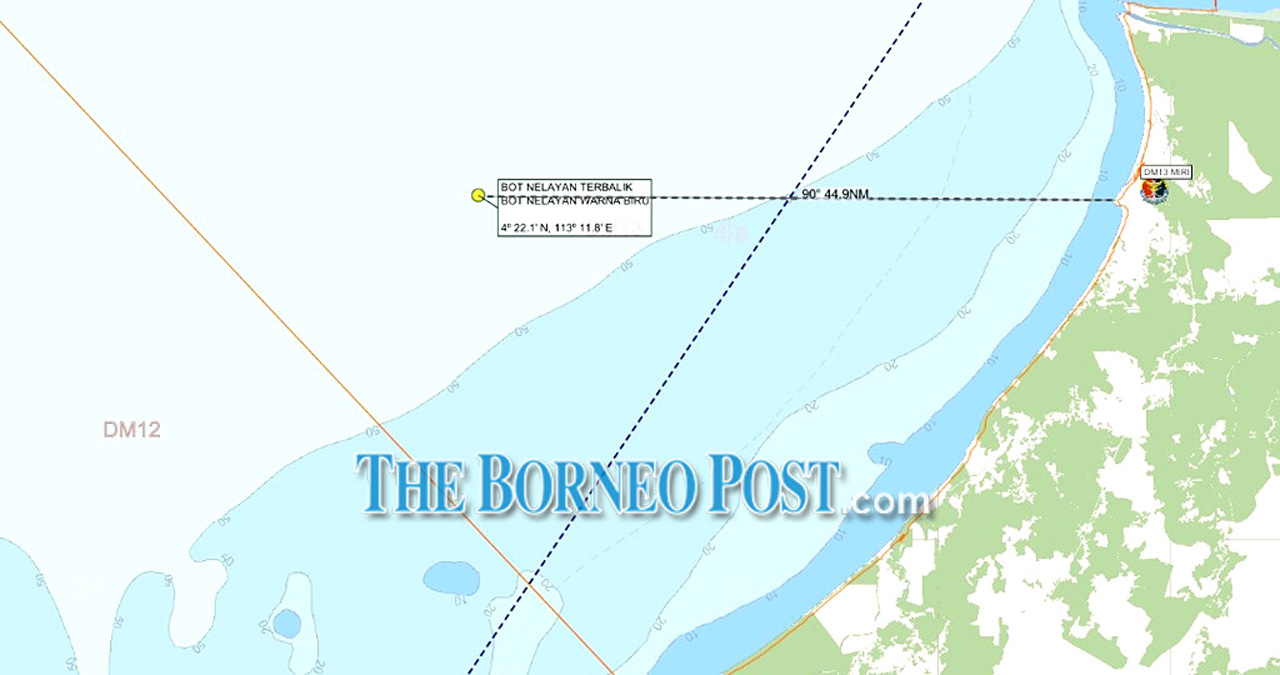 The map indicates the location of the sunken boat, found by the MMEA vessel.

MIRI: A fishing boat, believed to be a foreign vessel, was reported to have sunk about 44 nautical miles (81.488km) off Tanjung Payung here, around 4pm on Thursday.

A statement from the Malaysian Maritime Enforcement Agency (MMEA) Sarawak said they received this information from the captain of ‘Seri Cempaka’, who claimed to
have witnessed the incident where ‘a blue boat was sinking, but there was no sign of any victim’.

“We deployed our assets to the scene after receiving the report, to verify the incident,” said MMEA Sarawak, adding that there was yet any report from any party, including the agency personnel here, the police or fishermen associations, regarding any missing vessel or missing fishermen.

It is learnt that the MMEA vessels were unable to go to the site off Tanjung Payung late Thursday due to uncompromising weather. However, it set out to sea around 4am yesterday.

Assistance in the form of ‘Navigational Telex’ (NavTex) broadcasting was requested from the Marine Department to facilitate the MMEA search.

“The MMEA vessel arrived at the location at 7.25am, and the personnel managed to locate the vessel – said to be a Vietnamese fishing boat – about eight nautical miles east of the complainant’s position.

“The boat was 80 per cent submerged when found. There was no other finding within the vicinity of the location,” said the agency.

“MRSC Kuching has sought the opinion from the MRCC for further action to terminate the search-rescue operation.

“No victim was found, but it is believed that the crew members of the fishing boat have been rescued,” the MMEA Sarawak added.

The MMEA vessel was still monitoring the surrounding area as at 6pm yesterday.