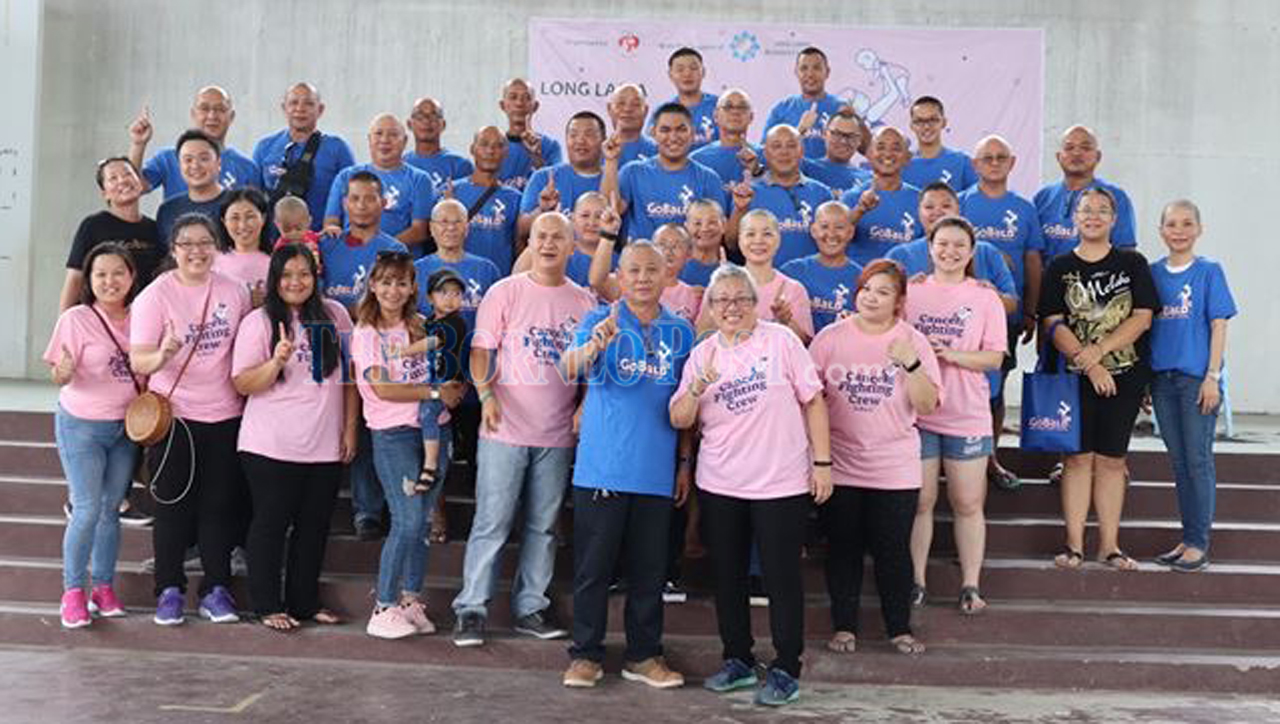 Hee (front right) pictured with participants and volunteers after the event in Long Lama.

SCCS president Jocelyn Hee credited the success to the support of Long Lama Buddhist Society in helping to promote and volunteer at the event.

“Indeed, we had an unforgettable time at the campaign in Long Lama, probably because it was our first Go Bald event there.

“The turnout was very encouraging, with 11 females and 25 males having their heads shaved there. It is very important to note that the youngest participant is two years old and the oldest participant is 77,” she told The Borneo Post yesterday.

She added the society had not only arranged for the venue, which was at SJKC Kee Tee, but also saw to it that volunteers and participants were provided with food and drinks while their other needs taken care of as well.

“We do look forward to more events such as this at different places, as we hope to reach out to the communities in Sarawak,” said Hee.

This year’s Go Bald campaign was launched in May with the aim of raising RM1 million for SCCS, with 1,200 heads shaved across the state to mark the event’s 11th anniversary. 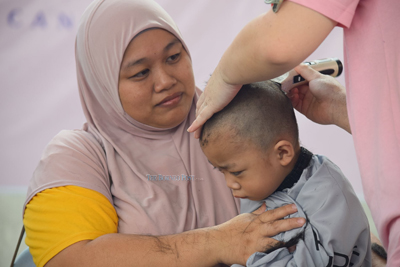 A woman holds her young son as his head is being shaved during the event.