Farmer donates 1,500kg of vegetables to needy families in Miri 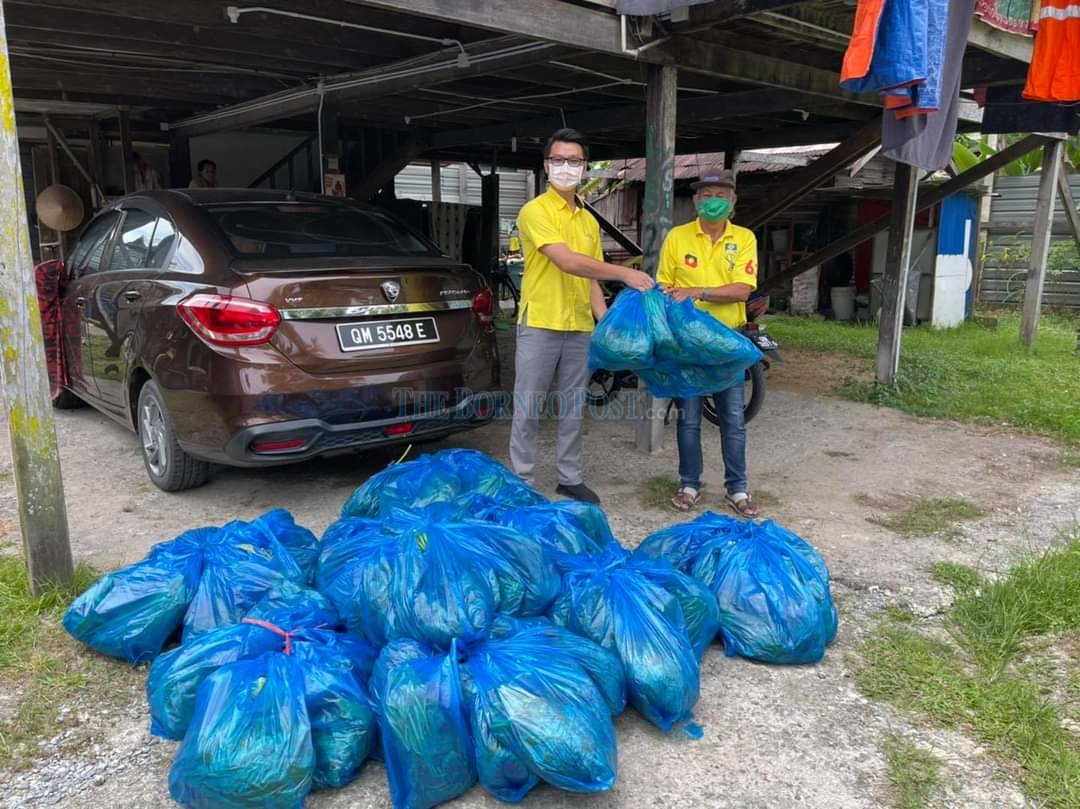 Lau handing over the vegetables from the anonymous farmer to a representative of a village.

MIRI: More than 1,200 low income families here have benefited from the generosity of a farmer who had donated over 1,500kg of vegetables comprising kangkung, spinach, bayam (Amaranthus tricolour) and cucumber.

The farmer, who wanted to remain anonymous, said it wasn’t his first time donating vegetables as he was part of a group that donated hundreds of kilogrammes of vegetables daily when the movement control order (MCO) was implemented last year.

“These days, there are a lot of leftover fresh vegetables in my farm. Instead of letting them go to waste, I figured that it is best to donate them to those in need,” he said when contacted by The Borneo Post.

He said he did not have much money to donate, so contributing produce from his farm was his way of helping others during these difficult times.

“The Covid-19 pandemic is getting worse by the day. The economy is not recovering fast enough too. There are a lot of families struggling to put food on table. My vegetables are just a very small gesture to help others,” he said.

The vegetables were sent to Piasau assemblyman Datuk Sebastian Ting’s service centre over the last four days, where they were divided into 1kg bags and distributed to the needy families.

He said at each housing or kampong area, a representative of the neighbourhood committee or village head will provide them with a list of eligible recipients.

“Delivery is done in bulk to the representative or village head and the distribution is done by them later. We try to avoid direct contact with recipients as the Covid-19 pandemic situation here has worsened and limiting contact is for the safety of everyone,” said Lau.

“The pandemic has been going on for more than a year now and it is still affecting the economic and livelihood of the people. It is during difficult times like this that love, care and help is needed to show people that there is hope to endure the obstacles,” said Lau.