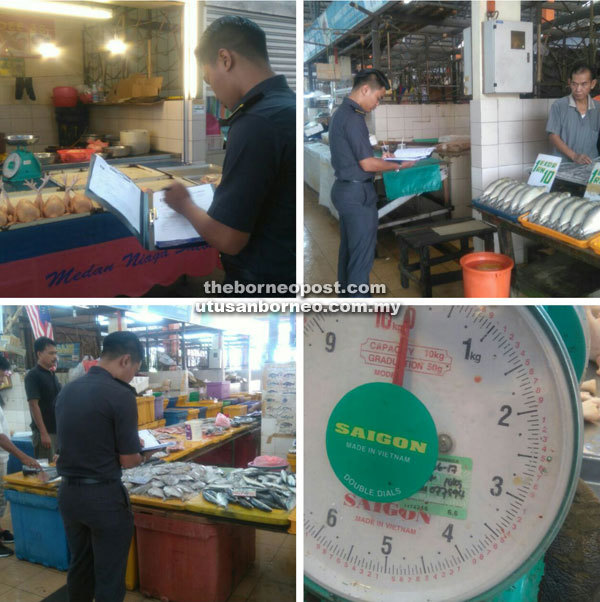 A combo photo showing KPDNKK officers conducting checks during the CNY price control scheme which will end on Feb 3.

“We have also issued compounds totalling RM1,100 in relation to the eight cases,” said Hafidz to the Borneo Post yesterday.

Hafidz said that seven of the cases were related to traders who failed to display pink price tags for controlled items and one case for failure to put up price tags.

Meanwhile, KPDNKK deputy minister Dato Henry Sum Agong during a working visit to one of the market in Kuching revealed that the CNY price control scheme was carried out five days prior and six days after the festival.