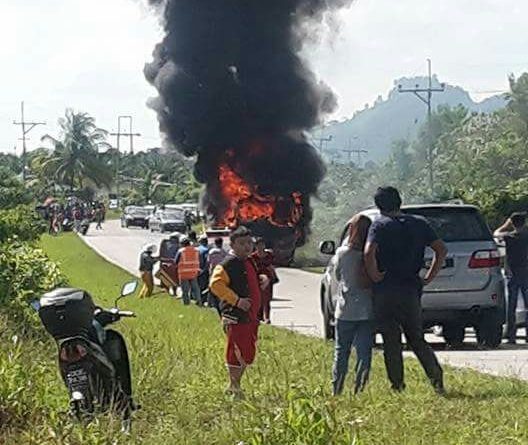 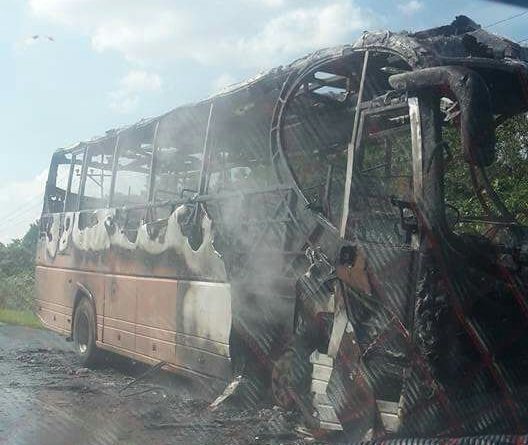 KUCHING: An express bus was almost completely destroyed today after it caught fire on KM30 of Jalan Serian – Sri Aman.

Fire and Rescue Department (Bomba) personnel from the Balai Ringin Fire Station were alerted to the incident at around 3pm but were unable to salvage the burning vehicle, which was enroute to Sibu and Miri from Kuching.

The express bus driver was reported to have incurred burn injuries to his ear and arms, and was rushed to the nearest hospital for treatment.

The bus was carrying 26 passengers at the time, and the bus driver and his attendant.

No injuries have been reported among the passengers.

The cause of the fire is under investigation as at press time.