Express bus bound for Bintulu told to turn back 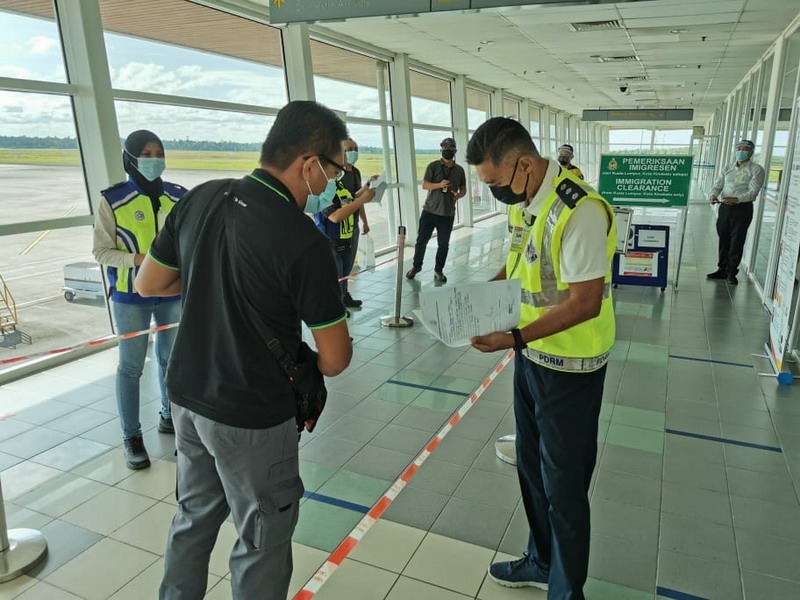 A police officer checks the documents of inbound passengers at Bintulu Airport.

BINTULU: An express bus was ordered by the police to turn back to Miri at Mile 37 Miri-Bintulu Pan Borneo Road around 9.40am yesterday.

“The driver and co-driver did not have their rt-PCR test,” he said when asked about a video being circulated on Facebook.

According to him, when the bus was stopped for inspection at the checkpoint, both driver and co-driver failed to produce their respective Covid-19 negative test result which is compulsory for those entering Bintulu from yesterday up to April 18.

Zulkipli said police will stop all vehicles at checkpoints to check drivers and passengers for the relevant documents.

He said although an express bus is part of essential services, the drivers and passengers ought to have tested negative for Covid-19 before entering the division.

He added police also checked inbound passengers at the airport yesterday morning, with all passengers from Kuching to Bintulu found to have complied with the standard operating procedure (SOP), had police permits, and their rt-PCR test results.

Anyone entering Bintulu during the period must test negative for Covid-19 three days prior to arrival, with swab test results required as supporting document along with a police permit to enter Bintulu.

Jack said failure to do so would result in the police denying entry unless they are willing to pay for swab tests and two weeks of quarantine.

He added that exemption would be given for emergency entry with supporting documents like medical appointment or funeral which must be submitted to the police when applying for permit.

Those under essential services who frequently travel to Bintulu would also be given relaxation and their swab test results are valid for two weeks, he said.

Jack said this drastic action is necessary after thorough assessment by Bintulu Health Office and BDDMC committee members to curb the spread of Covid-19 in Bintulu as statistics had shown that the majority of positive cases detected in the division were from areas outside Bintulu.