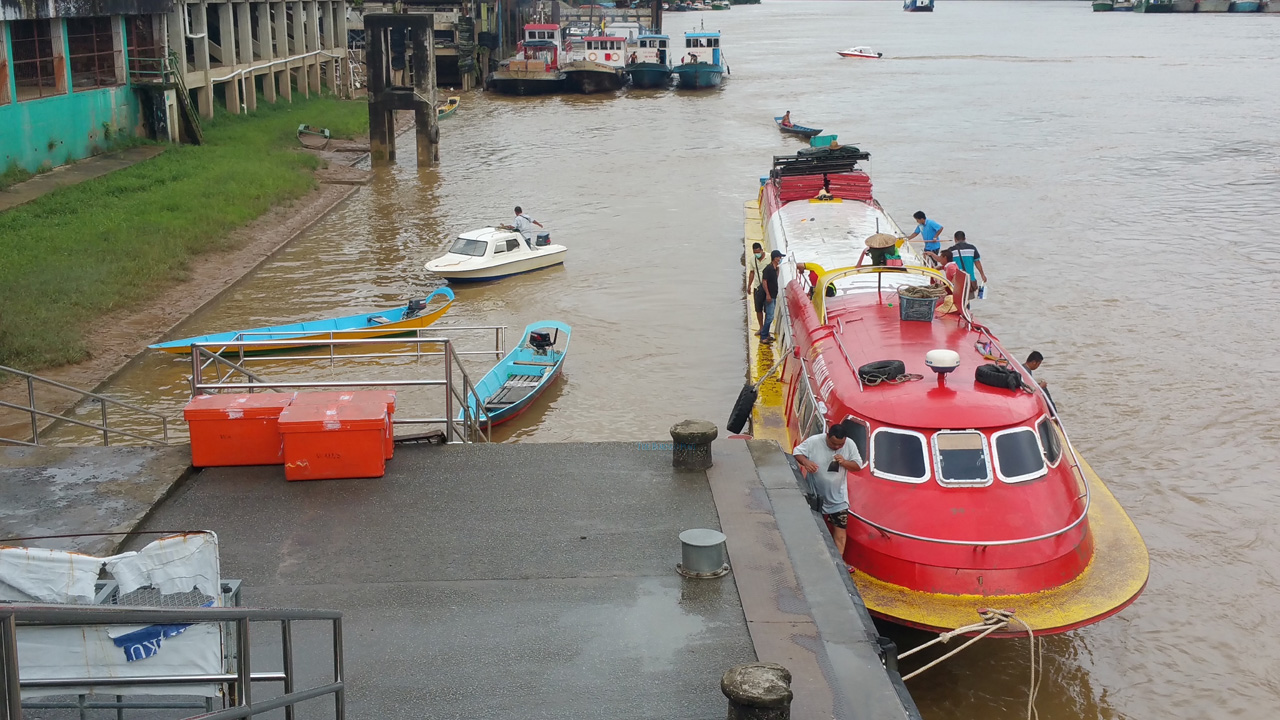 The Kapit Express Boat Terminal is all quiet after the closure of the express boat services.

KAPIT: In several days after the enforcement of Movement Control Order (MCO), Kapit is almost cut off from the outside world as all express boats plying the Kapit/Sibu/Kapit, Kapit/Belaga/Kapit and Kapit/Putai/Kapit sectors, have come to a standstill.

“From March 23 to 31, there would be no express boat plying between Kapit/Sibu/Kapit, Kapit/Belaga/Kapit and Kapit/Putai/Kapit (routes). The drastic action is taken to support the government’s MCO,” said an operator, who requested anonymity.

Still, he lamented about having very few passengers in the days since the MCO was enforced on March 18.

“We’re making great losses. We have to temporarily berth the boats to minimise losses.”

Normally on Monday morning, the first trip from Sibu to Kapit would be very crowded with people residing in Sibu working in Kapit. They would take either the 2.15pm or 3.15pm ride on Friday to return to Sibu from Kapit.

“Last Friday, I took the 2.15pm boat to Sibu. As usual, today (yesterday) I arrived at Sibu Terminal at 5am and found out there in no boat to Kapit and the Sibu Terminal was closed. I can’t travel upriver to work. I have informed my office and was instructed to work from home,” said an employee from the private sector.

The only alternative way to reach Kapit would be via a private road – which is muddy, slippery and steep – from Ngemah, Kanowit to Tamalat, Song, which takes about three or more hours on board a four-wheel drive (4WD) vehicle.

In order to protect the rural folk in Bukit Mabong District from contacting Covid-19 and to prevent illegal immigrants from using the ‘jalan tikus’ (illegal pathways) in Baleh – where Kalimantan, Indonesia is just across the border – the police have mounted roadblocks at Mirirai, Baleh to monitor the movement of people.

The Kapit Health Office has set up a health screening counter in front of the Fire and Rescue station in Song to screen the body temperature of travellers, and to record their personal data as a preventive measure to curb the spread of Covid-19 into Kapit.