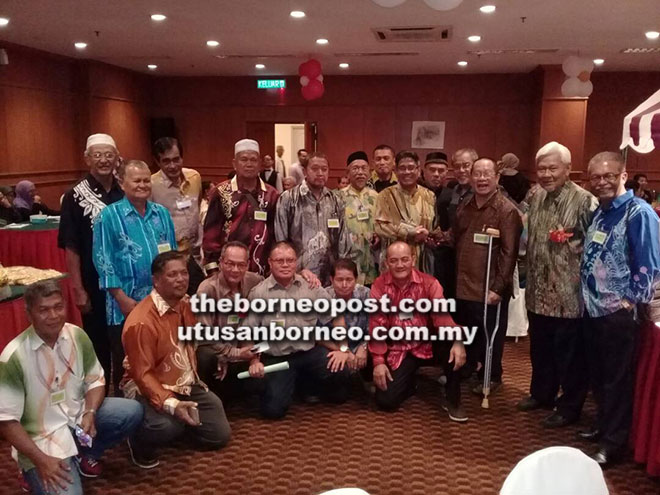 Ex-SLDB staff at the reunion. 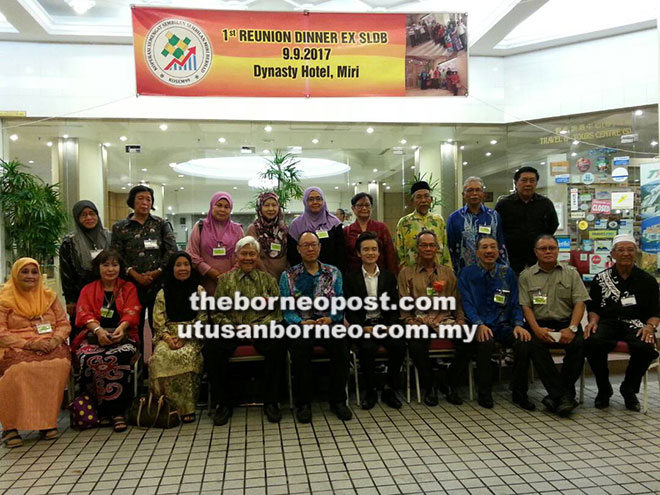 Ahmad Ebon (seated fourth left) with other Kosem99 members and guests at the reunion dinner.

“This gathering marked a significant step for all the members as this is the first time we managed to get together after more than 20 years.

“Miri has been chosen as our point of gathering as this was where we started to move into the jungle in the 4th Division to open up land for palm oil plantations which are now taken over by Sarawak Oil Palm Plantations,” said Kosem99 advisor Ahmad Ebon, who is a former SLDB senior planning and agricultural officer, in his speech to launch the cooperative at a hotel here.

“The spirit of unity among the members of ex-SLDB could become a force to be reckoned with if they group together to explore opportunities in the field they know best,” he added.

Among the activities held at the reunion dinner were health talks, karaoke and lucky draws.

Some former plantation workers also recalled how difficult and dangerous the works were to cut down jungle, bulldoze and burn trees and plant young seedlings until the production stage.

Several projects to be carried out by Kosem99 were discussed during the gathering, including an organic gardening course to be held at Pustaka Miri on Sep 24.